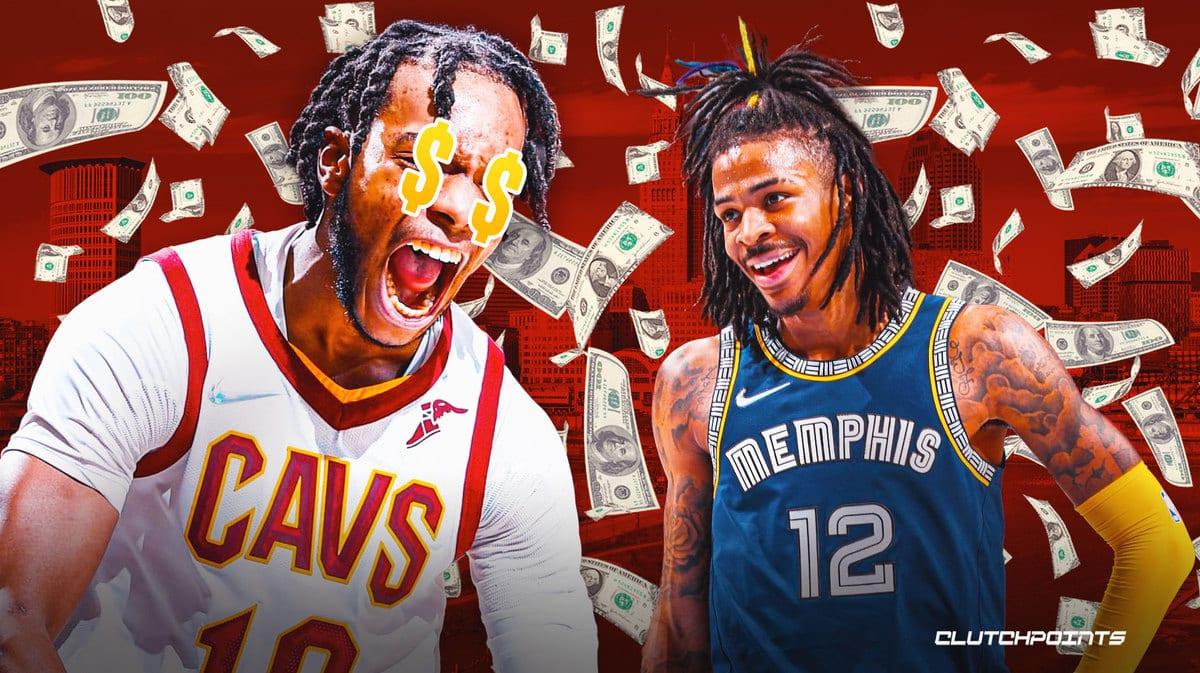 Between them, Darius Garland and Ja Morant put pen to paper on a total of $385 million worth of salaries in their new max extensions. It was Morant who signed his deal first, and apparently, Ja’s new deal had a major role in Garland’s contract negotiations with the Cleveland Cavaliers.

When Garland signed his massive $193 million, five-year extension with the Cavs, it did not have a player option on the fifth and final season. As it turns out, this was brought about by the fact that Morant’s deal didn’t have a player option as well. This revelation was made by NBA insider Jake Fischer on a recent episode of The Wine & Gold Talk podcast (h/t Jonathan Sherman of Cavaliers Nation):

“A player option was a huge, huge talking point this summer across the league, but definitely on the fifth year of these five-year supermaxes,” Fischer said. “And I know that was something that Rich Paul was hoping for in Darius Garland’s deal. And when Ja Morant’s deal came out and did not have a player option, that really did help Cleveland.”

For context, a player option stipulates that the player can decide to opt out of his deal and become a free agent during the said season. In Garland’s case, had there been a player option on his recent extension, it would mean that he could have decided not to fulfill the final season of his new deal in the 2027-28 season in favor of hitting free agency.

Morant was not able to negotiate a player option on his deal five-year, $192 million as well, which put the Cavs in a great spot to act accordingly with regard to their star’s own extension.