The Cleveland Cavaliers are starting their life without LeBron James. While it may take some time figuring things out, it presents a chance for players to showcase what they have to offer after playing in the shadow of the great James. One of these players is veteran sniper Kyle Korver.

Korver is known as a marksman anywhere on the floor, especially beyond the rainbow arc. The Cavaliers can afford to trade him for younger assets or play him post LeBron era. In fact, Joe Vardon of Cleveland.com reports that the Philadelphia 76ers offered Jerryd Bayless for a straight swap with Korver but the Cavs have different plans in mind.

According to Joe Vardon of Cleveland.com,  Cleveland wants to have a first-round pick in exchange for the former 3-point champion (h/t Tomer Azarly of ClutchPoints). This makes sense as the team is clearly on the rebuild so they would want draft picks as part of their plan moving forward. However, if things don’t fall into place, the team can play him and utilize him as a threat off the ball.

Korver is the type who will not demand the ball in his hands and will be content with mentoring the Cavs’ young guns, while also providing quality minutes off the bench. He is 37 years old and may be past his prime but he still averaged 9.0 points and 2.3 rebounds last season with 44 percent 3-point FG percentage.

The Cavs have the luxury of options regarding Kyle Korver and it may be wise to wait out on trade offers until they get what is the best for the team this season. 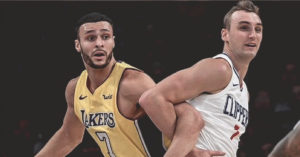