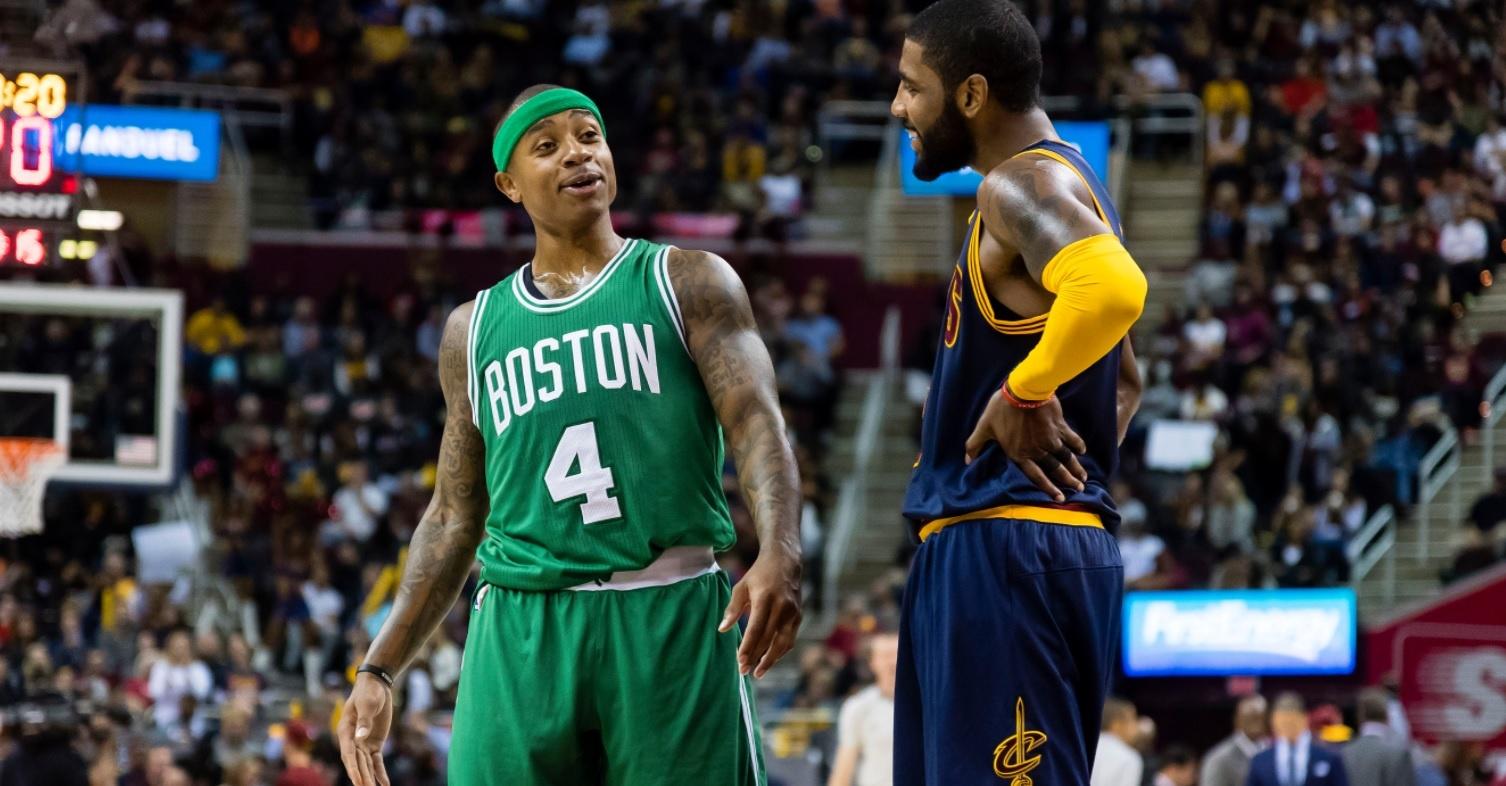 The Cleveland Cavaliers and Boston Celtics recently completed a blockbuster trade centered around Kyrie Irving and Isaiah Thomas. However, following the physical, the Cavaliers have some concerns regarding Thomas, who was shut down during the Eastern Conference Finals due to a hip injury.

According to Adrian Wojnarowski of ESPN, Cleveland is now seeking an additional trade asset for Irving in order to complete the trade:

After Cleveland’s physical examination of Isaiah Thomas’ injured hip raised concern about the timeline for his return this season, Cavaliers officials are planning to seek an additional trade asset before finalizing a deal to send four-time All-Star guard Kyrie Irving to the Boston Celtics, league sources said.

Armed with numerous assets, the Celtics could potentially offer draft pick(s) for Irving:

Besides its own future first-round picks, Boston has possible access to future protected picks from the Los Angeles Lakers (2018), LA Clippers (2019) and Memphis Grizzlies (2019). Boston does have control of several second-round draft picks, too, which also could be included into a deal.

With concerns surrounding Thomas, there are two options for both teams. As mentioned, the Celtics could offer additional assets to complete the trade. If not, the trade will be voided and all the players and assets involved will return to their respective teams.

As the two teams figure out what to do next, they face off against each other in 2017-18 NBA season opener at Quicken Loans Arena.