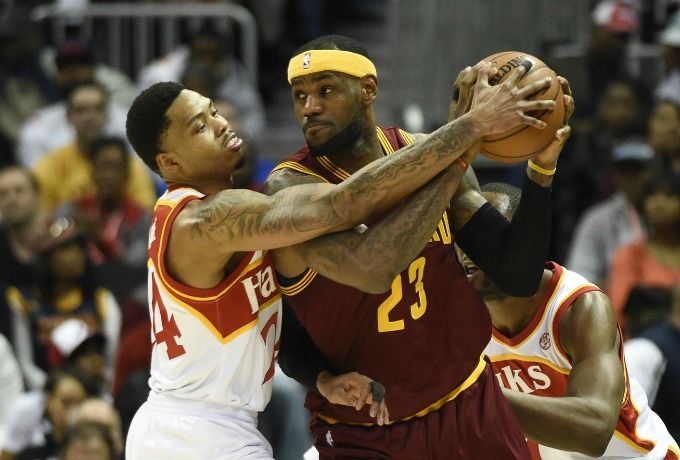 As the Cleveland Cavaliers continue to struggle winning games, and with the trade deadline looming, more players are being linked to them in possible deals that could be made before February 8. A new name has now emerged as a target for the Wine and Gold as they may have their eyes set on Atlanta Hawks swingman Kent Bazemore, according to David Aldridge of NBA.com.

“The Cavs have also asked about Atlanta’s Kent Bazemore, according to league sources. Bazemore is no lockdown wing, but he does give effort, and he is shooting a career-best 37.6 percent this season on 3-pointers. Bazemore has more than $37 million coming to him through 2020 on his current deal, though.”

The 28-year-old Old Dominion product’s potential addition to the Cavs will help address their need for a perimeter defender, as well as another knock-down shooter from beyond the arc. His versatility will also allow head coach Tyronn Lue to field in more combinations as he can play multiple positions. Bazemore is an underrated shooter and is enjoying a career year with averages of 12.6 points, 4.3 rebounds, 3.7 assists and 1.8 steals per game.

There are still a lot of things that could happen before the deadline, but if the Hawks are willing to part ways with him and not ask a whole lot in return, the Cavaliers may opt to bring him to their fold. His contract status could be an obstacle for them, but there’s no denying he is a talented player and could be worth the maneuvering for if which front office will need to do to secure his services.