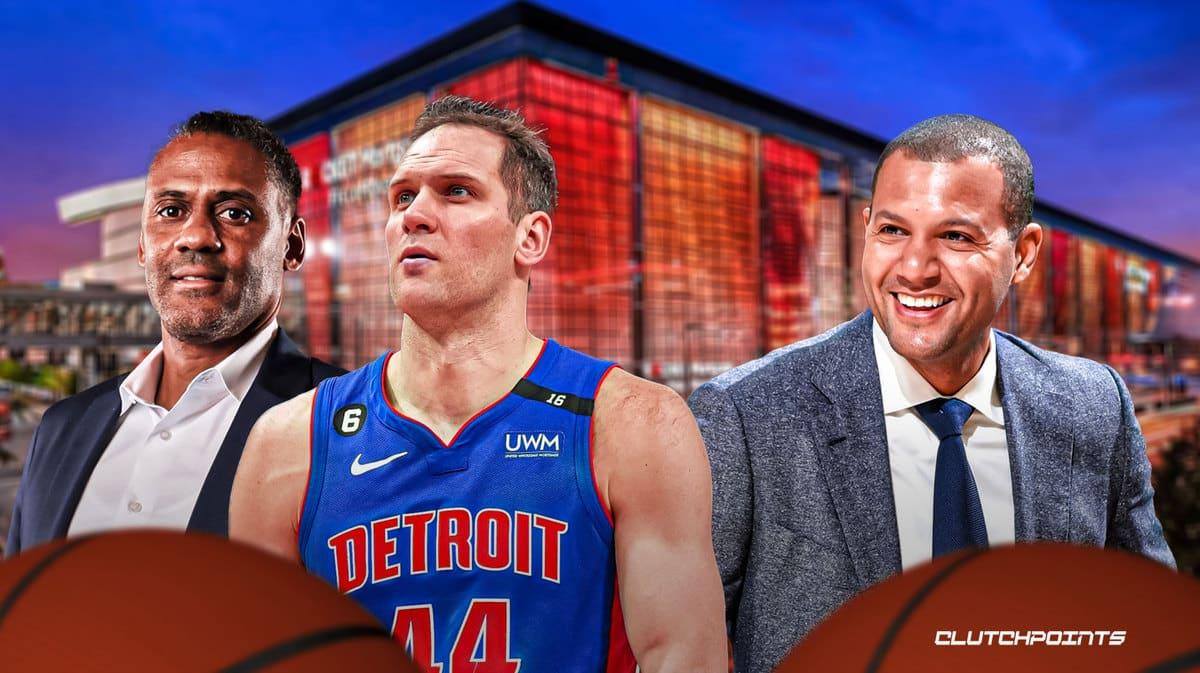 The Cleveland Cavaliers may be in the running for Detroit Pistons forward Bojan Bogdanovic, but the trade price may be too high for the Cavs to pay, Jake Fischer of Yahoo! Sports wrote in a Thursday article.

“Add in Cedi Osman, and Cleveland has a stockpile of rangy wings that can be effective, but leave something to be desired,” Fischer wrote. “Are any of them the talented young player Detroit is partly searching for to offload Bojan Bogdanovic?

“The Cavaliers are indeed a Bogdanovic suitor, sources said, but it will be rather difficult, and perhaps impossible, for Cleveland to reach Detroit’s lofty asking price for the veteran sharpshooter.”

The 33-year-old is averaging a career-high 21.1 points per game for one of the youngest rosters in the NBA. Bogdanovic is shooting 42.2% from the 3-point line in 40 games played, or 0.3% off the career high he averaged with the Indiana Pacers during the 2018-19 season. The former second-round pick logged 47 playoff games in his career, including 17 with guard Donovan Mitchell on the Utah Jazz over three different rounds, according to Basketball Reference.

Though Pistons forward Saddiq Bey would provide a fantastic young option for the Cavs that fits with the rest of their up-and-coming starting five’s timeline for a potential NBA championship, the Cavs may run into same issues when asking for the former Villanova star as Bojan Bogdanovic, Fischer said.

“At this juncture, the Pistons are seeking at least one first-rounder and either a young player with upside or additional draft capital, sources said, plus Cleveland has company in Dallas, Phoenix and the Lakers, among other teams in pursuit of Bogdanovic,” Fischer wrote. “Saddiq Bey would be another interesting addition for Cleveland and on a similar timeline as the rest of the team’s core pieces, yet the same cost issues will apply in that approach as well.”