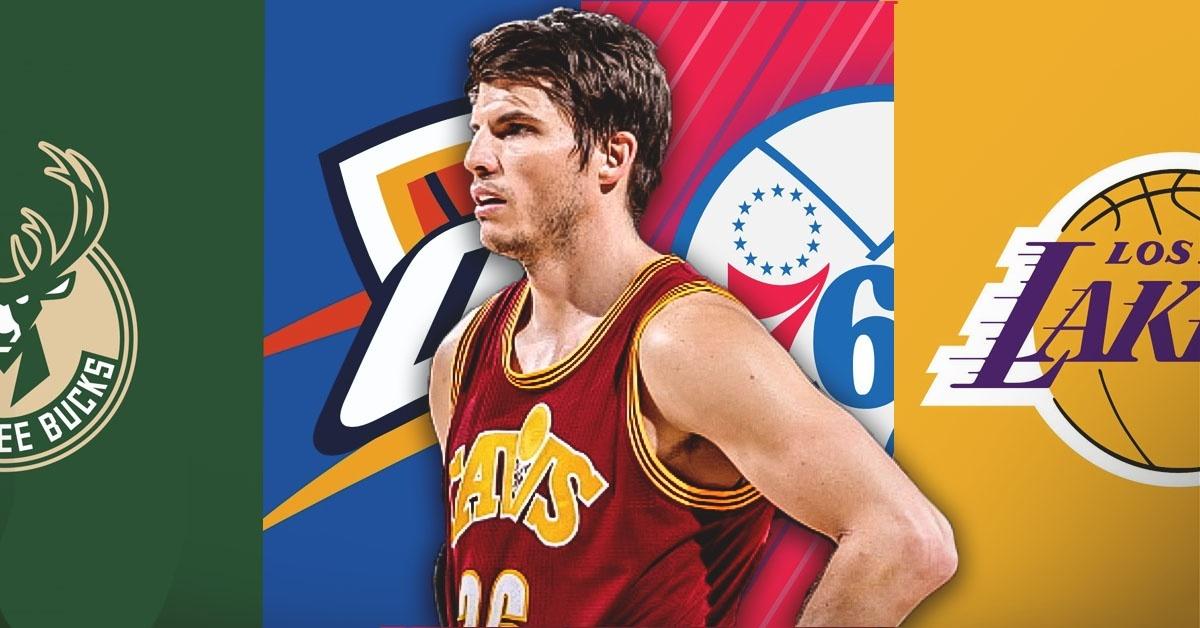 “You know how Bud likes shooters,” an NBA executive said, referring to Bucks head coach Mike Budenholzer. “It’s like the old adage: You can’t have enough shooters. That’s the way he feels.’”

One of the shooters who has piqued Budenholzer’s curiosity is one of his former players when he coached the Atlanta Hawks: Kyle Korver.

The Bucks aren’t the only team interested in Korver’s services. Sources said Philadelphia, Oklahoma City and Los Angeles Lakers are also among the Korver suitors.

This is good news for the Cavs, as they have looked to move Korver in recent weeks in order to get him to a contender. However, according to Woelfel, the Cavs have been asking for a first-round pick in exchange for Korver, and it’s unlikely they’ll be able to receive a first-round pick for the 37-year-old’s services.

The best chance they have of getting a first-round pick for Korver is by convincing the team’s interested in him, even the ones that might expect him to get bought out of his contract by the buyout deadline, that it would be better for them to surrender the pick for a guarantee of Korver’s services than hoping he’ll pick their team over the others.

For those teams needing a marksman, like the four aforementioned teams, giving away a first-round pick (which is likely to be in the 20-30 range) isn’t absurd if they don’t want another team to have him. Especially when Korver has ties to the Bucks (former head coach Mike Budenholzer), Lakers (former teammate LeBron James) and Sixers (his former team).

Korver has made the fourth-most 3s all-time (2,225) and has a career 3-point shooting percentage of 43.1. He has made 38.7 percent of his 3-point attempts this season. A player who is in constant motion on offense, he’s a sure fit for each of the team’s interested in him.