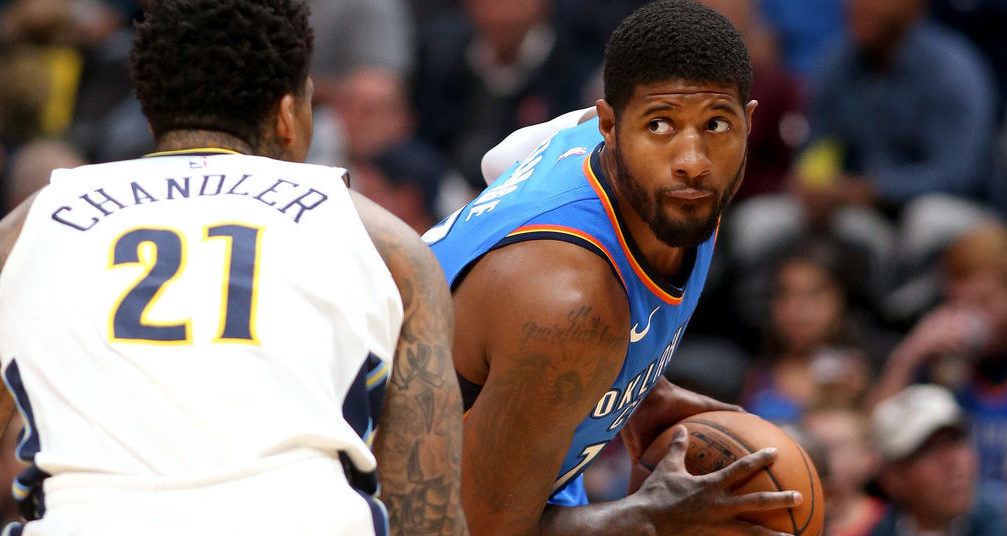 The Cleveland Cavaliers are currently on a roll, having won nine straight games. But they could still get stronger if they pull off a trade that would add another All-Star to the fold. Who could that be, though?

There were rumors that the Cavs are eyeing Memphis Grizzlies center Marc Gasol in a trade, though ESPN’s Brian Windhorst doesn’t think that the Grizzlies are going to let go of Gasol just yet despite the drama unfolding within the team following the firing of David Fizdale as head coach.

For Windhorst, the Cavs should prioritize making a run for Oklahoma City Thunder forward Paul George instead.

Windhorst: I don't think the Grizzlies will trade Gasol. From a strategy point, if I were the #Cavs, I would keep an eye on the Paul George situation in OKC. I would not get involved in anything else until that situation is figured out.

George, who was traded from the Indiana Pacers to the Thunder over the summer for Victor Oladipo and Domantas Sabonis, can become a free agent at the end of this season if he opted not to pick up his player option worth $20.7 million. The trade deadline is months away, but if the Thunder continue to underachieve (they are currently just 8-11), Oklahoma City might entertain the idea of shipping George.

Whether the Cavs would go after Marc Gasol or Paul George, what they would be willing to give up for any of those two All-Stars will likely be a configuration that consists of anyone from Channing Frye, Tristan Thompson, Jae Crowder, J.R. Smith, Cedi Osman, Iman Shumpert, Kevin Love, and the Brooklyn Nets’ 2018 first-round pick.