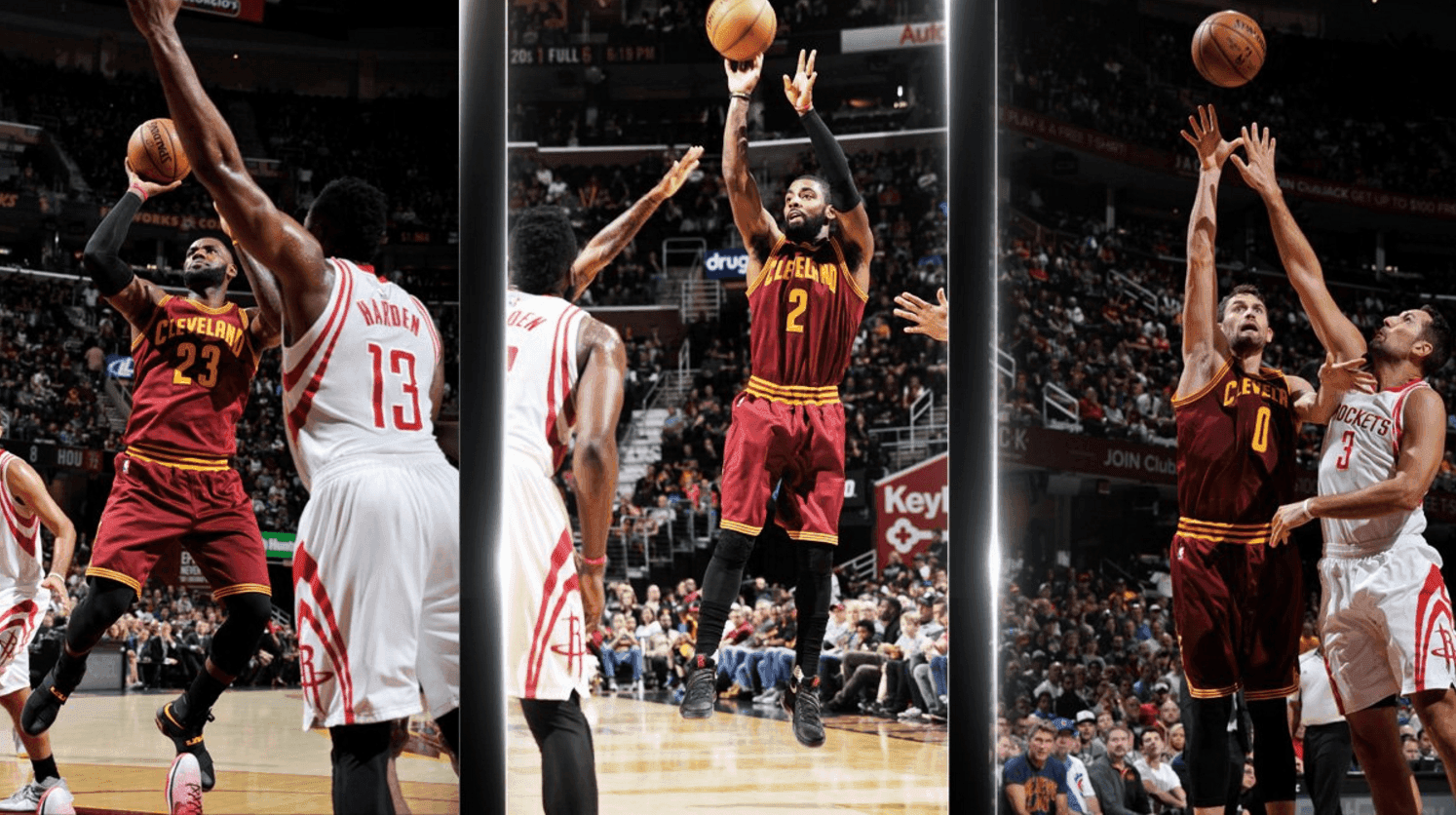 It was always going to be a tough assignment when James Harden and company came to the Q. The Rockets had won their last four visits to Cleveland, but the Cavaliers dug deep to come away victorious in a back and forth shootout, 128-120.

Houston started the game well, as the early pick and roll with Harden was giving the Rockets open dunks multiple times in the first period. The Cavs then found their feet, and went about exposing the Kevin Love – Ryan Anderson matchup. Anderson couldn’t handle Love down low on the block, and Kevin went to work to keep the Cavs relatively close to start the game. Harden however continued to make plays, and the Cavs found themselves in a 35-29 deficit after one.

After giving up 35 points in the first period the Cavaliers went about stemming the flow and establishing themselves as a collective unit in the second quarter. LeBron started the quarter with the bench unit, and they soon found themselves right back in the game. LeBron assumed the point guard position, and along with nice contributions from Mike Dunleavy as well as Channing Frye, the Cavs went on a 17-2 run to create separation. James Harden re-entered the game to stop the bleeding, and did just that as he went right back to work and finished the half with 22 points. Although impressive, he was comprehensively outshined by Kyrie Irving, who went on a rampage of his own before the break. He had 15 points in the quarter alone, and went into halftime with 21 points and a perfect 3/3 from downtown. Cavs hold a 63-59 advantage at the half.

The Cavs were seeking a better defensive performance in the second half, but the shootout continued. Both teams continued to trade buckets and the game was definitely in the balance. Whoever ramped up their defense first was going to win, and the Cavs looked to do that heading into the fourth. The Rockets stuck around thought, and the Cavs took a single point advantage into the final period, 84-85.

With no franchise able to sustain a sequence of defensive stops, whoever executed efficiently down the stretch was going to come away victorious. Straight away, the Rockets tied the game up at 85-85, then again at 92-92. On a knife edge, decisions down the stretch were going to be crucial, and even as Eric Gordon and Trevor Ariza continued their onslaught from the three point line, the Cavs leaned on their championship experience to take control. The Cavs established their biggest lead of the game at 105-95, and after an instant response from Rockets, five free throws in a row from Kevin Love kept the lead at eight. It was winning time, and the Cavs knew exactly what to do. JR Smith nailed a triple from the corner, LeBron drained one from the top of the key, and Kyrie assumed his favorite positon on the ring wing before hitting the dagger three to all but end the game. At that point, the Cavs had scored 40 points in the period, and the big three was responsible for 24 of those points. The Cavs executed nearly perfectly in the final period, as they hit 13/15 shots in the last quarter which proved the difference. Cavs win 128-120.

It was a great test early in the season for the Cavaliers, who needed to protect home court and keep their perfect start to the year intact. They never panicked, and took care of business against a very good ball club.

The Cavaliers move to 4-0 on the season, and it’s the first time they have started a perfect 4-0 in 16 years.