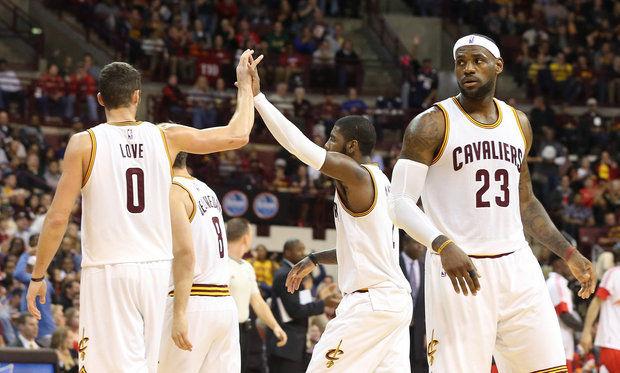 Kyrie, LBJ, Love and JR. Will sit this out out today

#Cavs David Blatt confirms that while LBJ, Kyrie, Kevin & JR will not play today in BOS, all 4 WILL PLAY tmrw vs DET. pic.twitter.com/PVT6NnQIVL

Sitting out four starters means that guys like Matthew Dellavedova, James Jones, Mike Miller, Tristan Thompson and Timofey Mozgov will have to take on a larger workload against Boston.

David Blatt also reportedly said that all four players will play Monday at home against the Pistons on the second night of their back-to-back.