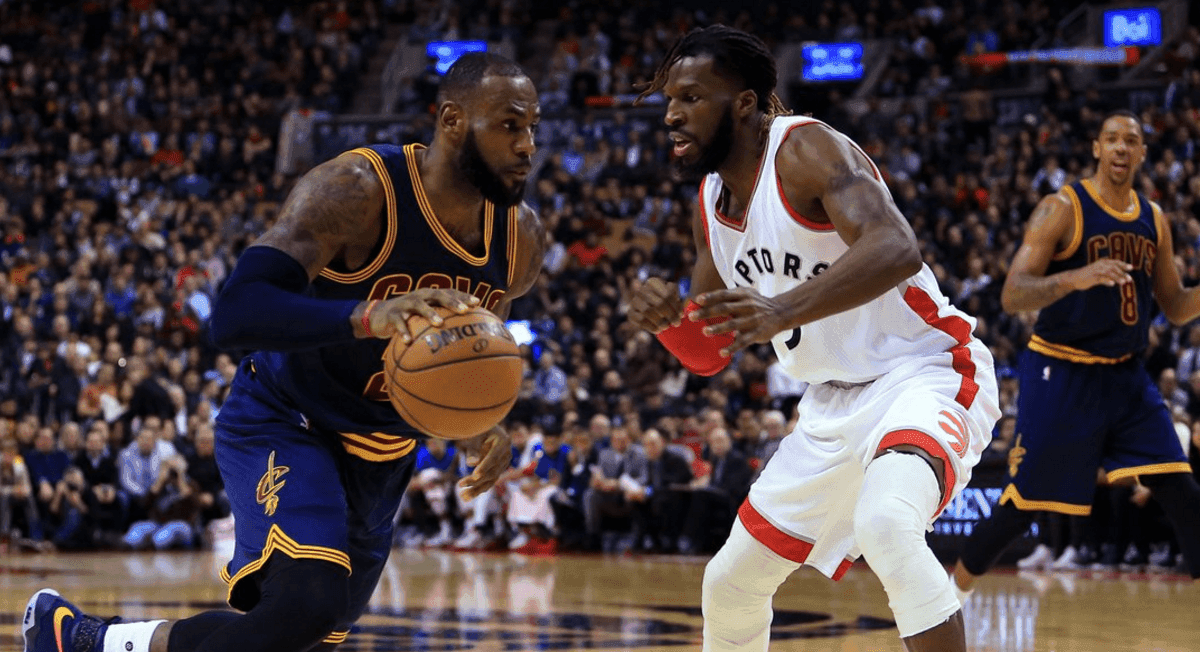 The Cleveland Cavaliers got back in the winners circle on Monday night, as they defeated eastern conference rival Toronto Raptors behind a big performances from the Big Three.

The Raptors entered the game on a six game winning streak, the longest in the NBA, but the Cavs were laser focused all night long and ended the run, moving them to 3-0 against the Raptors in their season series.

It all started early for the Cavaliers, who started the game in a great rhythm. Kevin Love started with a quick 13 points, nailing a couple of threes, and Irving and James combined for nine points in the first period. A mini run from the Raptors to end the first quarter closed the gap, and the Cavs were up 30-27. The Raptors continued to find their feet as the game went on. After trading buckets with the Cavs in second, the Cavs held just a one point lead entering halftime, 61-62. JR Smith also left the game in the middle of the second quarter, after he rolled an ankle after a made floater. Love had 20 points and seven rebounds at intermission, James had 16 points, three rebounds, three assists and two steals, and Irving had 11 points to end the half.

The Cavs came out of the locker room at halftime firing, and went about turning up the heat in order to create separation. The big three continued their excellent play, and big minutes from DeAndre Liggins in place for injured Smith was a massive boost for the wine and gold. They continued to put their foot down, and established a nine point advantage entering the final quarter, 90-81. The Cavs had to remain focused in the last period, as the Raptors through everything at them, but great defense and control of the glass, as well as offensive execution saw them collect a big victory on the road, 116-112. James, Love and Irving closed the deal, as they made big plays down the stretch to end the Cavs losing streak.

Massive contributions from Liggins, Jefferson and Frye were instrumental in the Cavs victory, as they now move to 14-5 on the season and head to New York city on Wednesday.

LeBron James was supreme as he finishes with 34 points, eight rebounds, seven assists and two steals. Kevin Love finished off with 28 points and 14 rebounds while Kyrie Irving registers 24 points and seven assists, Channing Frye had 10 points and five rebounds off the bench, and Tristan Thompson was a beast on the glass again with 14 boards.