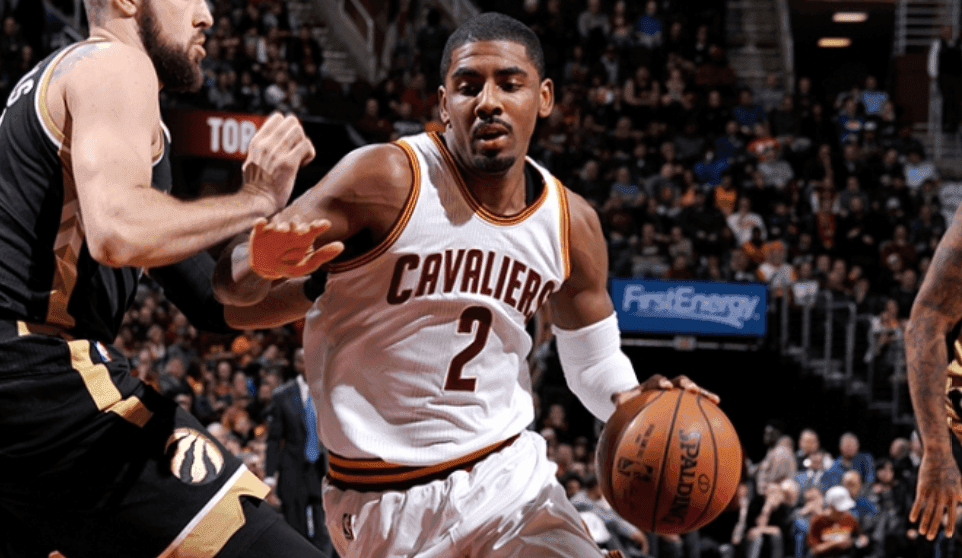 The Cleveland Cavaliers came into tonight’s game against the Toronto Raptors with a three game winning streak on their hands. At 21-9, the Cavs looked to extend their lead over the rest of the Eastern Conference.

Cleveland and Toronto were off to a neck-and-neck start to tonight’s game, with Cleveland not taking a lead greater than seven points in the first half. Kyrie Irving came out aggressive from the start, knocking down jumpshots, crossing over, to get to the basket with relative ease. He helped the Cavs take a 38-31 lead a minute into the second quarter with a driving layup and a 30-foot three pointer. J.R. Smith also helped thanks to some stellar shooting from downtown. Smith had four triples in the first half, but the Cavs had trouble stopping the Raptors dribble penetration from Kyle Lowry and DeMar DeRozan.Cleveland took a 56-58 lead into halftime.

Cleveland’s starters came out and basically took control of the game in the third, with Kevin Love scored the first five points, J.R. Smith hit another pair of three pointers, and LeBron James took over in the final few minutes to give the Cavs a 90-78 lead into the fourth quarter. Irving fired up the Cavalier crowd in the fourth with his stellar scoring and a couple of beautiful assists to Timofey Mozgov and Iman Shumpert. Paired with another pair of J.R. Smith triples and some lockdown defense on the Raptors guard duo, the Cavs ran off 14 straight points to increase a seven point lead to 21. Cleveland blew Toronto out 122-100.

Iman Shumpert receives the ball from Kyrie Irving, sizes up the defense, and drives right by Terrence Ross for the aggressive tomahawk dunk over a pair of roster players.

Kyrie Irving has struggled a bit since returning from his fractured kneecap five games ago vs. Philadelphia. It was expected, but everyone has been waiting for Irving’s big game confirming the all-star’s return to his old form. That game was tonight against the Toronto Raptors.