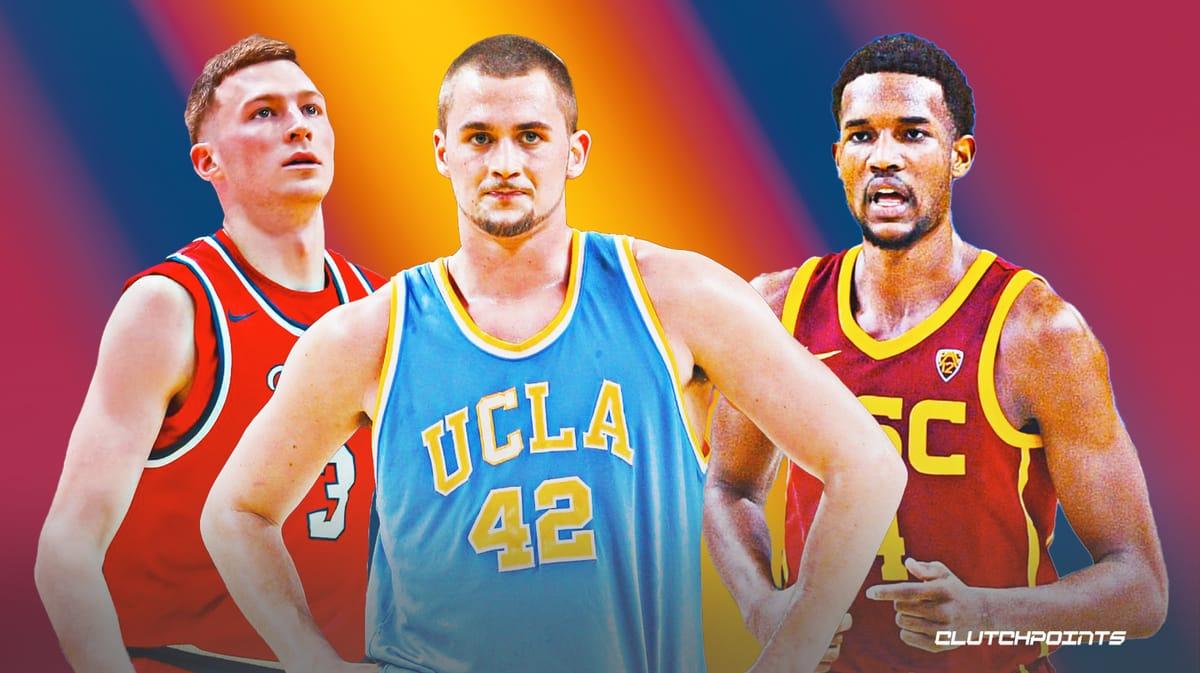 The NBA playoffs are closer than you may think, as the regular season winds down and teams attempt to find their final form. The Cavs are fighting to maintain a guaranteed playoff berth, trying to fend off the surging Raptors and Nets for the valued 6th seed. However, at this time of year, eyes begin to shift away from the NBA for just a little bit.

Why? March Madness is here. The spotlight is now shown on the student athletes of the basketball world and the future stars that may make the leap to the pros very soon. The Cavs have plenty of guys who did just that, and now seems just as good a time as ever to look back at the dazzling displays these current Cavaliers put on when the lights shined brightest before they ever first donned the wine & gold.

From 36 year old Rajon Rondo to 20 year old Evan Mobley, these once future Clevelanders have taken over games, making meaningful impacts when their team needed it most. There have been plenty of fantastic performances from this team, but not every player has had the opportunity to participate in the Big Dance, though. Starting with the Cavs’ lone guy to come over straight from the international pool.

Drafted straight out of Europe, Cedi Osman (the second longest retained Cavalier) elected to stay overseas rather than head to the states and participate in college athletics.

The Cavs’ two first-time All-Stars this season, along with Isaac Okoro, Lamar Stevens, and RJ Nembhard all failed to make the NCAA tournament in their college years. Garland’s situation was due to an injury ending his season not long after his college career just began. March Madness was cancelled in Okoro’s one year in college, because of COVID. Meanwhile, Allen,  Stevens, and Nembhard were never on a team good enough to make it.

Now that they’re cleared out of the way, onto the ten players who did make it to the field of 64.

A four-year senior, Dean Wade was never able to put up all that impressive of performance in his three NCAA tournament appearances. Kansas State isn’t quite a basketball powerhouse, but Wade was a key part of some rock solid teams. He was hampered with some injuries in his college career, which limited him some. His best showing came in a play-in game for an at-large bid against John Collins’ Wake Forest. It wasn’t an overly productive night, but an efficient, effective one that helped contribute to his team’s victory in the end. Similar to what Cavs fans are used to seeing from him in the NBA.

Ed Davis came off the bench for a talented UNC team featuring several future NBA players. In only 14 minutes, he was able to put up some impressive numbers, helping cap off the Tar Heels’ run to a championship. The success was short-lived, though. In Davis’ second and last college season, North Carolina failed to make the tournament.

Another 4-year senior, LeVert also suffered through his own fair share of injury struggles. If it weren’t for them, he likely would’ve left Michigan earlier. His performance against Texas in his sophomore season helped propel the Wolverines, lead by former Cavs head coach, John Beilein, to the next round. The newest Cavalier has always brought a little bit of everything to the table, as evidenced by this game. Cleveland fans will be hoping he can show them some more of that in this year’s NBA playoffs.

Lauri Markkanen put in a productive outing as the Wildcats advanced to the Sweet Sixteen. Being a one-and-done, this season was Lauri’s only post-season appearance, but he made sure to make a statement. His successful college season led to him being drafted top ten in the 2017 NBA Draft by the Chicago Bulls. His unique ability to be a presence inside and outside the paint is an attractive and useful attribute both in college and the pros.

Evan Mobley has been a revelation since joining the Cavaliers, yet not long ago he was a freshman in college carrying a USC team to the Elite Eight. The numbers aren’t all that eye-popping, but Cavs fans know that his impact goes beyond the stat sheet. He’s always been a defensive dynamo, and his offensive skillset is far-reaching. His six assists as a 7-footer are evidence towards that, in his win against Chris Duarte’s Oregon.

Rajon Rondo is still chugging along in the NBA. He’s been doing this whole basketball thing for a long time. Rondo’s a member of the illustrious selection of Kentucky guards that have exploded once reaching the NBA. He spent two seasons with Big Blue nation. He’s never been much of a scorer, rather more of a floor general. Every now and then, he’s capable of getting you some buckets like he did here against Cincy his freshman year.

Collin Sexton finished his season off on a tear, helping Alabama pick up some critical post-season winds in the SEC and NCAA tournaments. Contrasting from Rondo, Sexton has always been an explosive scorer. He helped keep a decent Alabama team’s offense afloat, stacking up some impressive numbers against a very comparable team in Virginia Tech. The Cavs are missing his offensive firepower right about now.

Although Brandon Goodwin couldn’t quite carry his squad to a win against their vastly superior opponents, he gave his all in his lone March Madness appearance. Coming out of college as a 4-year senior, he’s begun to find a groove in Cleveland as guy who can bring energy, handle the ball, and put some pressure on the rim. Goodwin thrives under pressure, and that’s been plenty obvious at every level of competition he’s played in.

Similar to Brandon Goodwin, Dylan Windler wasn’t able to pick up the win in his best March Madness performance. However, he also did this against a very talented team in Maryland, compared to his team. Belmont put the Terrapins through the ringer in the first round, only losing to them by two points. Windler had a terrific night from distance and crashing the boards. The Cavs have yet to see him do that for them, but fingers crossed the injuries get out of the way and let him showcase what he’s got.

Kevin Love put UCLA on his back to pick up the win over Western Kentucky, and put an end to their title run. It was entirely necessary, too. Although this was a very talented team that the Bruins had, future NBA guards Russell Westbrook and Darren Collison shot a combined 4-21. Love picked up the slack in a big way and helped UCLA continue to advance until they got taken down in the Final Four by Memphis.