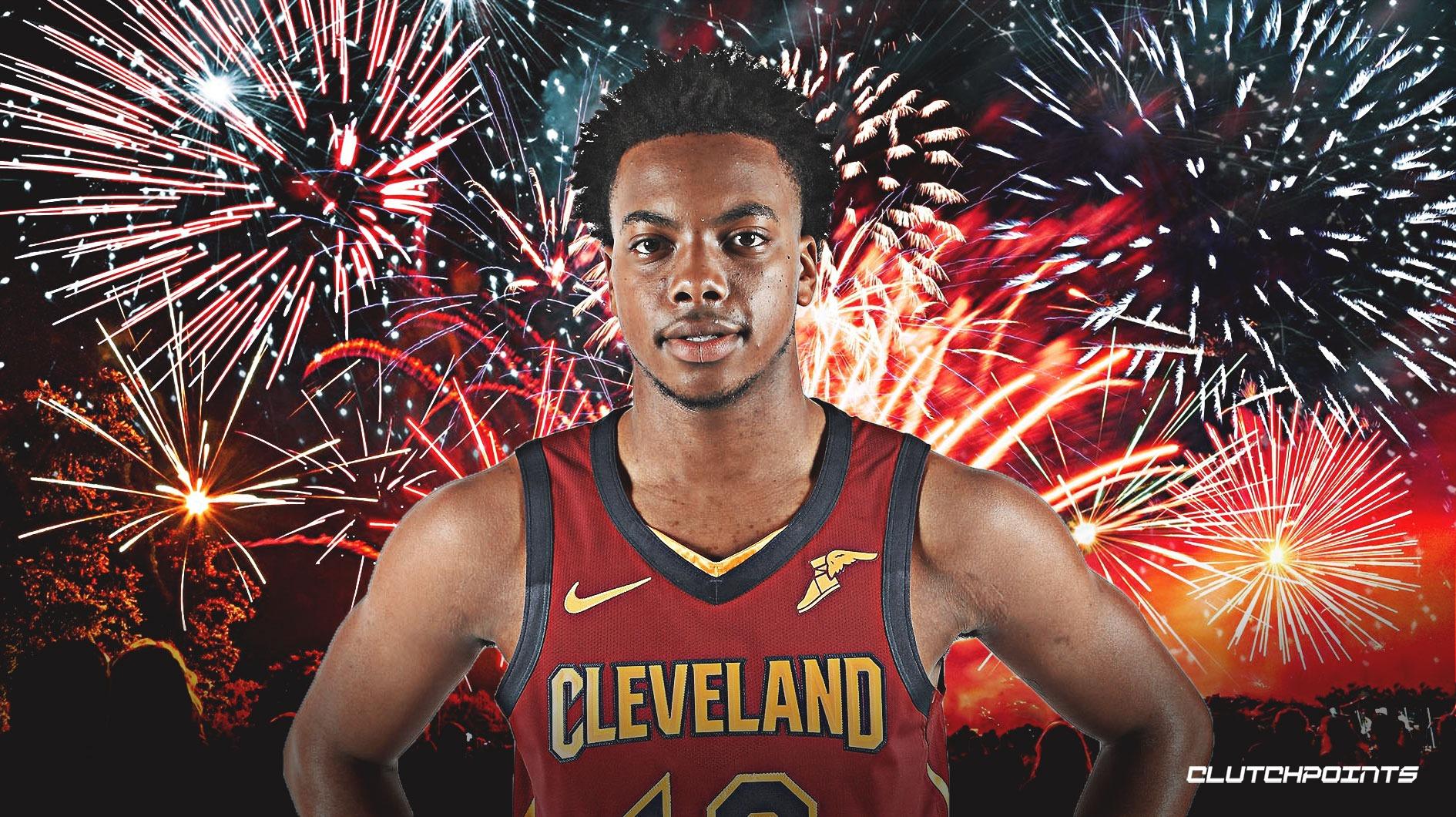 The Cleveland Cavaliers opened their training camp with media day on Monday, which means the 2019-2020 campaign is right around the corner. Let’s take a look at Cleveland’s fifth overall pick, point guard Darius Garland, who will be counted upon to make an immediate impact this season

Garland was a bit of a late riser in the draft process, with reports coming out the day before the draft that the Cavs were interested in him. He was forgotten about for much of the 2018-2019 NCAA season, as he missed all but five games due to a knee injury (which he is apparently recovered from). But in those five games (four, disregarding the fifth, in which he was injured after two minutes), Garland was sensational. Had he played the entire season, he likely would have been in contention to be the first player selected after Zion Williamson.

Over those four games (including a scoring dud against Alcorn State in which he attempted only six shots), Garland averaged 19.8 points, 4.8 rebounds, 3.3 assists, 1.0 steals, and 3.8 turnovers while shooting 53% from the field and an excellent 48% from three-point range on 5.8 attempts.

Garland is a fantastic scorer who can shoot from anywhere on the court and has the ball handling skills to create his own shot at will. He also connected on six of his nine catch-and-shoot attempts, which bodes well for his fit with the Cavaliers. He does need to improve at finishing at the rim, which should come with experience and an NBA training regimen.

But he also has some of the same concerns that Collin Sexton, Cleveland’s starting PG and 2018 eighth overall pick, does. They are both undersized at 6’2″ and under 180lbs, they are both subpar defenders, and neither is known as a good distributor. Garland finished with more turnovers than assists in college, which is a major concern.

However, both increasing his assists and cutting down on his turnovers are things that take time, which he wasn’t given in college. As he built more chemistry with his teammates, he likely would have been able to create more for them. In his limited playing time, he showed the ability to make smart and accurate passes. Of course it would be ideal if he were to double his assists  in the NBA, but averaging five to seven a night is more than good enough, especially when he’ll be playing alongside another point guard.

Speaking of playing alongside Sexton, it doesn’t sound like the second-year pro is going to let the rookie supplant him as the PG. Who plays PG and who plays SG is probably just semantics at this point; in new head coach John Beilein’s two-guard system, both players will have the opportunity to handle the ball, create their own shots, and create for others.

The Cavs intentionally played Sexton off-ball towards the end of last season to prepare for a situation like this, so the transition shouldn’t be too difficult. The duo won’t be Damian Lillard and C.J. McCollum right off the bat, but they’ll certainly improve as they gain more experience together.

Expectations for Garland should be fairly high, since his strengths translate well to the NBA. He’ll be able to create his own shot and shoot lights out from beyond the arc. A repeat of his 48% clip is unrealistic, but he should be well above 40% on around six attempts per game, which is what Sexton, regarded as a significantly worse shooter coming out, achieved in the second half of last season.

Darius Garland should also aim to top Sexton’s 2.9 assists from his rookie year, and Garland must also show that he is cognizant of his turnover issues and needs to show improvement in that area. It will be difficult to win Rookie of the Year with this class, but Garland should be able to at least place himself in the discussion.

Durability and conditioning are also things to watch for Garland. Most college players don’t even play in 40 games, and Garland suited up for just five, plus he wasn’t practicing or conditioning for the majority of the season. A typical rookie may struggle with conditioning as he plays increased minutes and around twice the amount of games; Garland is especially challenged in this area because of his injury.

Before the All-Star break, he may end up hitting the proverbial rookie wall because of this. The Cavs may decide to bring him along slowly at the beginning of the year, both to make sure he isn’t in danger of re-injuring his knee, and that he is physically able to take the increase playing time. The preseason will be telling on how the team intends to treat their prized rookie.

Garland shouldn’t be expected to lead this team to the playoffs as a rookie, but he should have a very big impact once he gets his feet under him. He may be the second-most-talented player in the 2019 class; it’s up to him to prove that the Cavs were wise in taking the risk on him.