Do The Cavs Have A Potential Big 4? 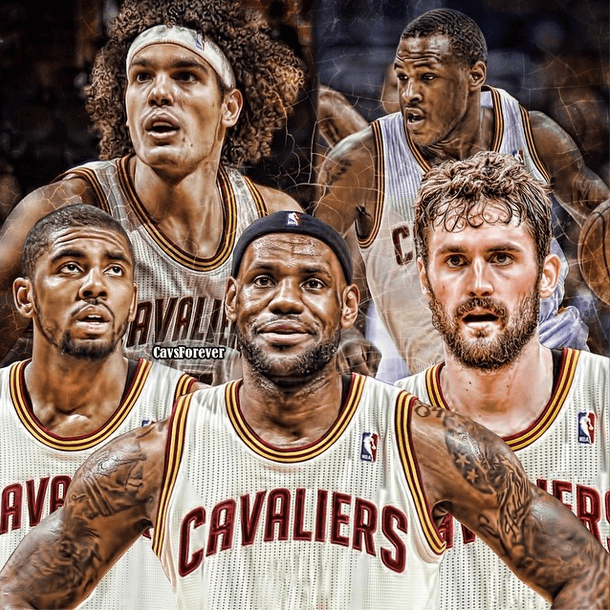 This summer, the Cleveland Cavaliers put themselves on the list of legendary Big 3’s of all time with LeBron James, Kevin Love, and Kyrie Irving. What if Cleveland has something else in their back pocket? Someone who gives them the potential to have one of the league’s very rare Big 4’s?

There have been recent reports by ESPN Insider Bradford Doolittle supporting this claim. Doolittle is using a system called WARP which stands for Wins Above Replacement Player. This system evaluates a player who is surrounded by four average players on any given roster. This season, however, they added in a plus or minus factor that measures the player’s efficiency on both ends of the floor. When this list came out, Cleveland had four players that were in the top 5 of their respective positions, not 3. LeBron James for SF, Kyrie Irving for PG, and Kevin Love for PF as you’d expect. The fourth person on this list may be somewhat surprising to many. This system has ranked Dion Waiters as a top 5 player in the shooting guard position. The four players in front of Waiters are James Harden, Dwyane Wade, Monta Ellis, and Jimmy Butler.

{adinserter 2} Statistically speaking, this report validates a Big 4 in Cleveland with Dion Waiters; but it goes deeper than that. Dion provides a very dangerous 4th man position in the Cavalier back court, especially with his work ethic behind the scenes. Bleacher Report has done their homework and ranked each team’s most underappreciated player. Guess who that was for the Cavs? It was none other than Dion Waiters. They argue that Waiters is too often overlooked and will have a better season as an underdog with lower expectations. Waiters shot 43 percent from the field and 39 percent from three point while averaging 19 points, 3.5 assists, and 1 steal per game during his last 23 games of the 2013-2014 season. Comparable to LeBron’s last SG sidekick, Dwyane Wade, who averaged 19 points, 4.7 assists, and 1.5 points per game along with shooting 28% from three point last season. If Wade’s numbers were good enough to be considered a member of Miami’s Big 3, then shouldn’t Waiters be considered as a member of Cleveland’s Big 4?

Dion Waiters has also been taking this offseason very seriously as of late. It was reported earlier that Waiters has been perfecting his body and game. He has been studying film over the summer of LeBron’s time with Dwayne Wade in order to change up his game and maximize his potential on the court with the King. Dion has also already taken the opportunity to gain what he can from Cleveland’s newest arrival in Kevin Love. Whenever Dion is in Los Angeles he makes sure to regularly train with Love, he did this before Love was even a Cavalier.

This is a very interesting scenario. Dion Waiters has everything going in his favor to make a Big 4 a reality. There is more than meets the eye here and a lot of spectators might be shocked if Dion breaks out this year for his best season yet. Cavs Nation will hardly be surprised. 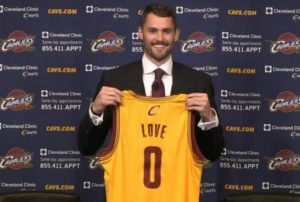