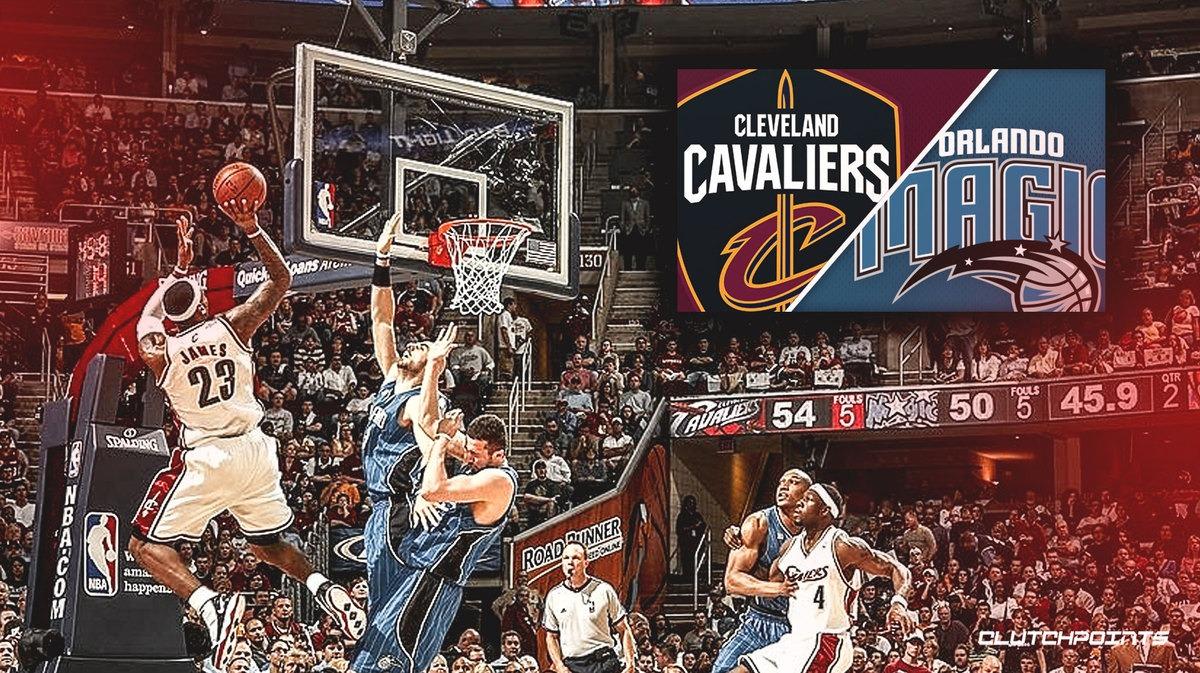 With the Cleveland Cavaliers being left out of the NBA’s restart bubble, let’s take a look at connections between the Cavs and the 22 teams competing for an NBA Finals berth. In order to get a better idea of who is still playing, and perhaps to help some fans to make their rooting decisions if they haven’t already, we’ll begin with the Orlando Magic.

No current players on either team have any shared history between the two organizations. This writer’s desire to see former first overall pick Markelle Fultz in a Wine and Gold uniform is well documented, but the Magic were the ones who the Philadelphia 76ers finally dealt him to.

Martins has been with the Magic since 2005, holding his current position since 2011. Prior to that, he was the vice president of communications and public affairs with the NFL’s Cleveland Browns. While not directly Cavs-related, the Browns and Cavaliers do plenty of work together in the community, which Martins was involved in.

Hetzel is in his second year as an assistant with Orlando. From 2006-2009, he served as a video coordinator with the Cavaliers.

Corbin is also a second-year assistant with the Magic. He played in the league as a small forward from 1985-2001, spending the 1986-1987 campaign with the Cavs, and also playing for Cleveland in 1987-1988 before being traded to the Phoenix Suns. With the Cavaliers, Corbin played in 86 games, starting four of them, and averaging 6.1 points and 3.7 rebounds in 18.4 minutes

The Magic took down the Cavs in six games en route to the NBA Finals. LeBron James nearly took down the entire Magic team almost single-handedly. He averaged 44.3 minutes, 38.5 points, 8.0 assists, 8.3 rebounds, 1.2 steals, and 1.2 blocks per game. No moment was more spectacular than his buzzer-beater to even the series at 1-1. As Dwight Howard destroyed the Cavs to the tune of 25.8 points and 13.0 rebounds per game, this was the series that led to Cleveland trading for Shaquille O’Neal specifically to counter Howard in the playoffs. Unfortunately, that plan never came to fruition, as the Cavaliers were downed in the second round of the 2009-2010 playoffs by the Boston Celtics. It’s a series that will live in infamy in Cleveland sports history, as LeBron James tore the jersey off his back while walking off the court in defeat, the final game of his first stint with the Cavs.

In early December of 1992, Cleveland traded guard Steve Kerr to Orlando in exchange for a second-round pick. Kerr would play 47 games for the Magic, putting up 2.6 points in 9.4 minutes off the bench. He moved on to Chicago after the season, becoming a key member of the Bulls’ dynasty. Kerr also played for the San Antonio Spurs and Portland Trail Blazers, and finished his playing career with five championship rings. As a coach, he has led the Golden State Warriors to three NBA titles out of five tries, although he did blow a 3-1 lead.

In one of the better deals in Cleveland’s history, the Cavs sent Tony Battie and two second-rounders to Orlando for Drew Gooden, Steven Hunter, and the draft rights to a little-known international prospect named Anderson Varejao. Gooden spent three-and-a-half solid seasons in Cleveland, playing a key role in getting the Cavs to the 2007 NBA Finals. As a Cavalier, Gooden played in 292 games, starting all but two. He averaged 11.9 points and 8.6 rebounds in 29.1 minutes. Gooden was traded to the Chicago Bulls as part of the massive three-team deal that netted Cleveland Wally Szczerbiak and Ben Wallace.

Varejo spent 11-and-a-half seasons with the Cavs, endearing himself to the fanbase through his relentless hustle and crazy hair. Over his 591 outings (208 starts), he averaged 7.6 points and 7.5 rebounds in 25 minutes. Although he played only 25 games due to injury in 2012-2013, Varejao put up 14.1 points, 14.3 rebounds, and 3.4 assists in 34 minutes. He had missed significant time the season before, but also averaged a double-double.

Varejao was traded at the 2015-2016 deadline to the Orlando Magic in the Channing Frye deal, and his poor play in the NBA Finals that year for the Golden State Warriors contributed to Cleveland’s victory. Even though he switched sides to the enemy, it’s hard to blame him for trying to win a championship (and he was unable to re-join the Cavs because of the Zydrunas Ilgauskas rule), and he is still an all-time Cavalier.

In January of 2016, the Cavs sent Joe Harris, cash considerations, and a future second to the Magic for another future second, and Orland promptly waived Harris. It was essentially a salary dump, which is interesting to look back on, as Harris has developed into a good starter for the Brooklyn Nets as one of the league’s better three-point shooters.

A month after the Cavs dumped Harris on the Magic, Cleveland acquired Channing Frye for Jared Cunningham and a second-round pick. Frye is credited with transforming the Cleveland locker room and was an instrumental part of the 2016 championship team. At the 2017-2018 deadline, Frye was sent to the Los Angeles Lakers along with Isaiah Thomas in exchange for Larry Nance Jr. and Jordan Clarkson. This move also netted the Lakers Cleveland’s 2018 first-round pick in addition to clearing cap space needed to ironically sign LeBron James.

Over his 180 games in the Wine and Gold, Frye started 25 outings, and averaged 6.7 points and three rebounds in 15.2 minutes. Frye helped the Cavs set the NBA records for three-point baskets made in both the regular season and playoffs, with 25 each, and both records were set against the poor Atlanta Hawks.

Frye returned to the Cavs in 2018-2019 and retired after the season. While with the team, he always had a joke to make or a teammate to lovingly bully, and he and close friend (and teammates) Richard Jefferson started the excellent Road Trippin’ podcast, which released its 120th episode last month. Frye may not have had the biggest stats with Cleveland, but his impact off the floor is immeasurable.