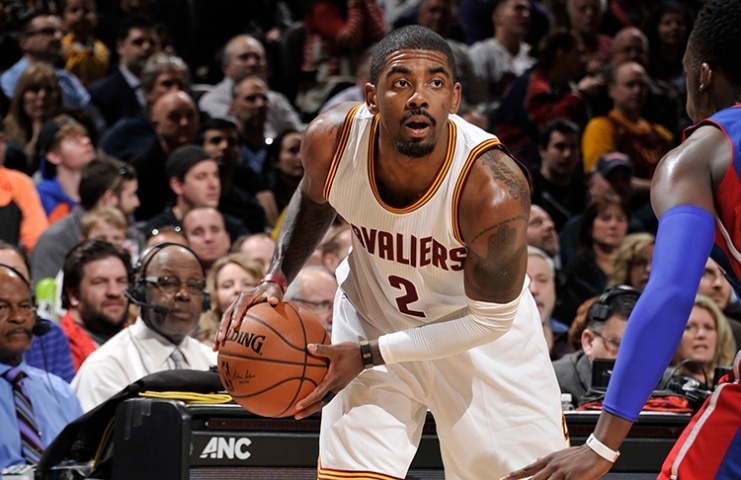 The Cavs took a step backwards tonight with a bad looking home loss to the Detroit Pistons, falling by the score of 96 to 88. The squad was a step slow all game long, and at one point found themselves down by 18 in the fourth quarter. After averaging 109 points per game since Tyronn Lue took over, the Cavs struggled to find any sort of pace on the offensive end tonight. The Pistons have won 6 of their last 8 games in Cleveland, making them one of the few teams to have any success at the Q.

Kevin Love started hot for the Cavs in the first quarter. He hit 5 of his first 7 field goals on his way to 14 first quarter points. He would finish with a solid 24 points, but was below his season average with only 7 rebounds. The defense was missing in the first period, however, as the Cavs allowed the Pistons to dictate the offense and finish the quarter up 33-28.

The offense went stagnant throughout the second and third quarters, as the Cavs could only score 40 points combined in the next 24 minutes of action. LeBron James did not look like himself at all tonight, going 5-18 from the field and only scoring 12 points. LeBron only shot 1-8 between the second and third quarters, and never found a rhythm at any point in the game.

The Pistons started the fourth quarter on an 11-0 run to push the lead to 18 points, and did so while holding the Cavs scoreless for more than five minutes to begin the period. The Cavs missed their first 10 shots of the fourth quarter, and looked like they were exhausted from the game in Oklahoma City on Sunday. Kyrie Irving, who finished with 30 points on 11-21 shooting, led a comeback in the fourth that trimmed the lead from 18 to six points with plenty of time remaining to fight for a win, but the team couldn’t execute down the stretch to make it competitive.

The loss ends the Cavs’ 5-game winning streak. They’ll tip it off again at home on Wednesday against the Charlotte Hornets to try and get back on track. 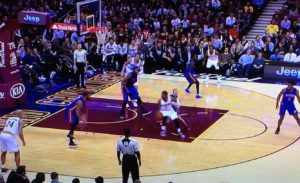