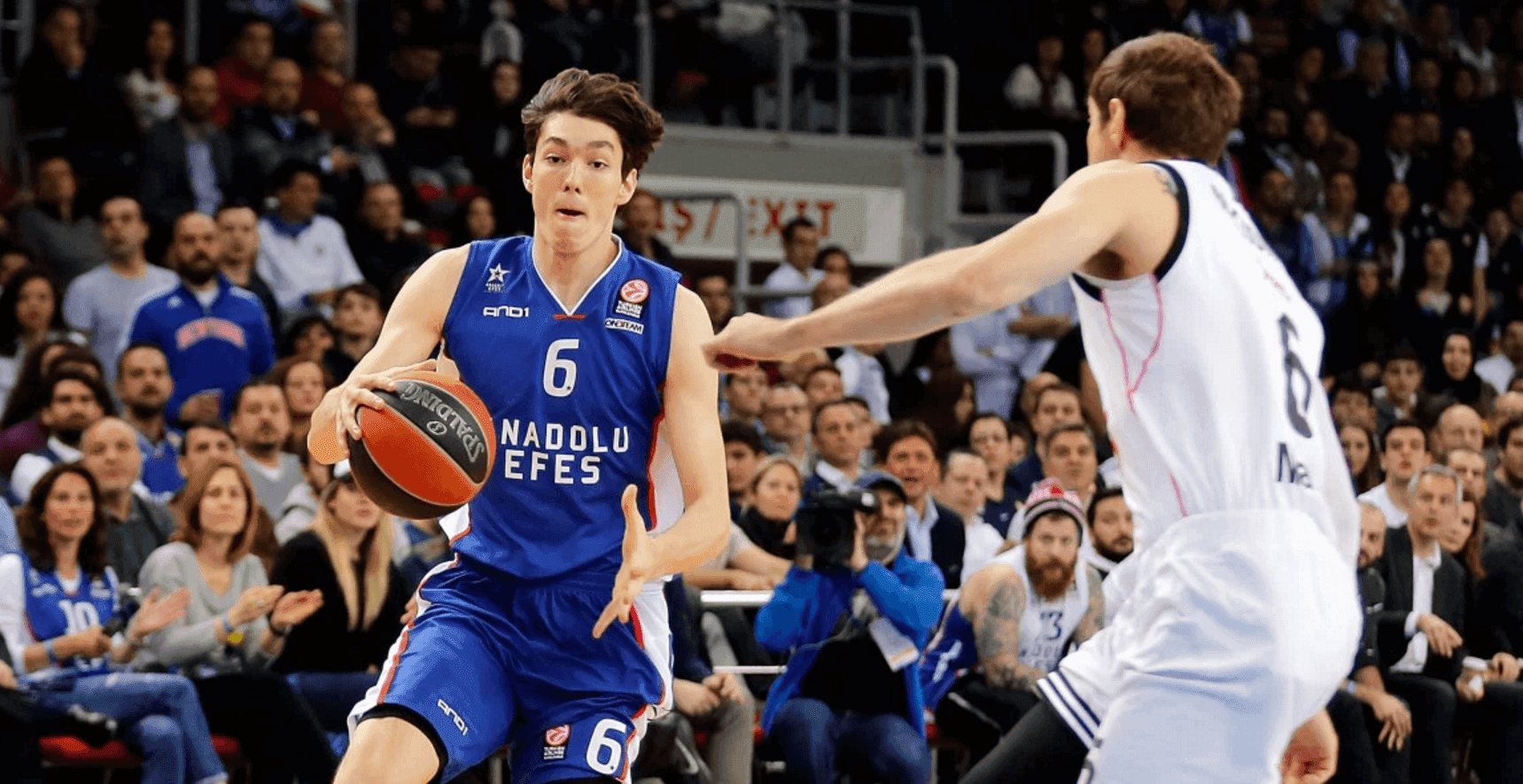 In the 2015 NBA Draft, the Minnesota Timberwolves selected Turkish forward Cedi Osman with the 31st overall pick, but quickly traded his rights to the Cleveland Cavaliers. Osman has been playing with a Turkish basketball team Anadolu Efes since he signed his first professional contract with them in the summer of 2012.

RELATED: LeBron James had to pick up laundry after the Cavs game Saturday, and was furious

According to Osman’s blog post on Eurohoops.net, the 21-year old is looking up at Turkish National Team teammate Dario Saric, who was drafted with the 12th overall pick in 2012 and will be playing his rookie year with the Philadelphia 76ers.

We have to do our best and try to be in the Final Four and also win the trophies in every domestic competition. For me personally, this is going to be a very tough season. I am planning to play in the NBA next season and that’s why I need to work hard. However, first of all, the most important thing is the team. Through the team, I can be myself. I hope that the season will be successful for every member of the team and that I will be ready to play in the NBA next season. That’s my goal.

When I started to play with coach Mahmuti in Efes, things were difficult for me, because it was my first season. Then, coach Vaggelis Aggelou came, and then Ivkovic and now Perasovic. All four of them are great coaches. Ivkovic was – and I use the past tense because he retired – one of the best coaches in the history of European basketball, if not the best. I had a great season working with him. I learned a lot of things from him. Now I have to learn from Perasovic and every day, step by step, I will try to be better. The team has really invested in me and I will try to do my best.

It’s a similar situation with what happened with Saric last season. Dario Saric is a really great player. I haven’t had the chance to speak with him recently, but we will get in touch. I know that he is very happy, because he is finally in the NBA. He also has big goals and I know that he will do great. When we were playing together I saw what kind of a fighter he is. He was always doing his best for the team and he will do the same for the Sixers.

With Osman’s direction now clear to himself, his Turkish team, and the Cavs, it will certainly be interesting to see how Osman improves and prepares himself for the physically intense NBA game.

RELATED: Head Coach Tyronn Lue opens up about pressures of coaching LeBron James and the Cavs

At just 21-years of age, Osman has a chance to be one of the bright young stars on the Cavs roster. next season. Of course, there’s always the chance that Osman is used in a trade as he’s considered one of the Cavs’ most valuable assets.

For now, Cavs fans can look forward to Osman making a move to the Cavs after this NBA season.