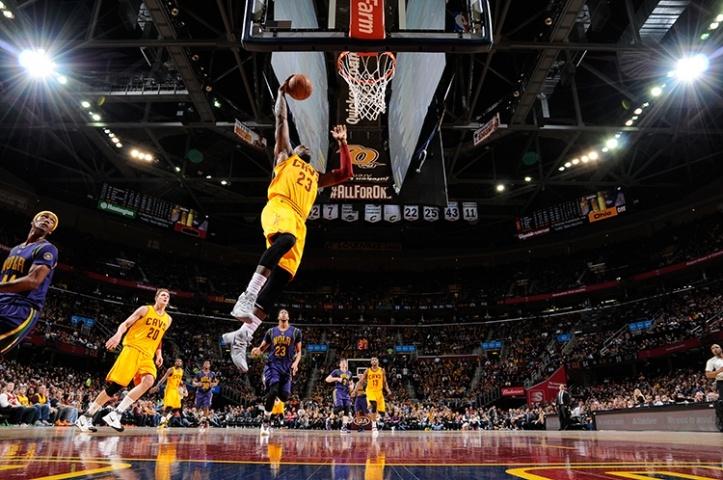 After two consecutive losses, the Cavs got back to their winning ways tonight with a 99-84 win over the New Orleans Pelicans at the Q. It was a convincing win that the team needed after a heartbreaking loss at the buzzer last night. Unlike that game, tonight the Cavs finished with a dominate fourth quarter, holding the Pelicans scoreless for the final 4:20 to seal the win. The Cavs had three players with at least 20 points tonight, led by a very efficient Kyrie Irving with 29. Irving was aggressive all game long, but still allowed the game to come to him. He finished 11-21 from the field, and added four rebounds, three assists and two steals. LeBron James followed right behind him with 27 points and eight assists. JR Smith contributed 20 points as well, knocking down six from behind the arc.

The Cavs, much like last night, started the game hot, taking a 28-20 lead after the first period. They were led early by JR Smith, who made his first three attempts from long range. For the quarter the Cavs shot 52% from the field, including 4-6 from deep. Smith finished the quarter with 9 points, and LeBron had eight.

The pace continued in the second quarter, as Kyrie Irving joined the fray offensively. Irving scored in the paint, he made midrange jumpers, and he connected multiple times from long range. After 24 minutes of action, Irving had 19 points and Smith had 12 to lead the Cavs to a 54-43 halftime lead. After being outrebounded in two straight losses, the Cavs led on the boards 26-22 at half, and held New Orleans to 40% shooting, including a horrific 1-11 from three-point land. The Cavs themselves shot 8-16 from behind the arc in the first half.

The third quarter started slowly for the Cavs, as Pelicans guard Norris Cole would make his first six attempts of the half, en route to scoring the first 14 points for New Orleans. Cole, who earlier in the day saw his jersey retired by his alma mater Cleveland State University, brought the Pelicans to within six. The Cavs would keep the lead throughout the quarter, but failed to put the Pelicans away before taking just a four-point lead into the final frame.

The defense showed up big in the fourth quarter, with an assist from fan favorite Anderson Varejao. His hustle and energy sparked the Cavs and helped them hold New Orleans to just 14 fourth quarter points. LeBron and Kyrie would outscore the Pelicans by themselves, as the dynamic duo, playing without Kevin Love because of a thigh bruise, combined for 17 points in the fourth to close this one out.

The Cavs will try to build off of this win as Sacramento comes to town on Monday night.