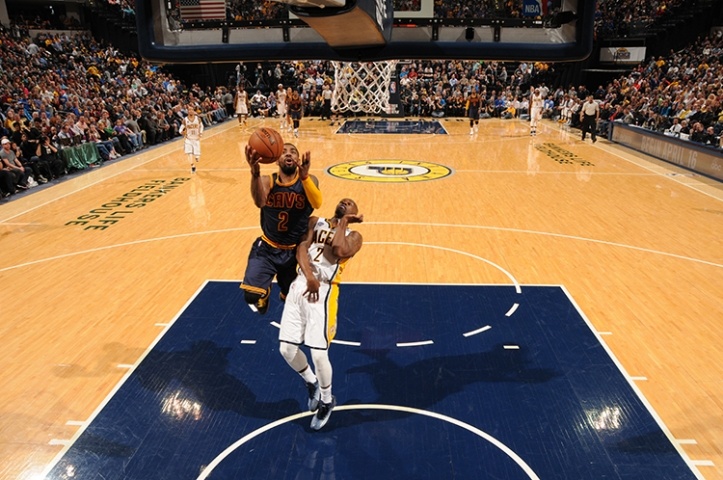 The Cleveland Cavaliers came up empty on another back to back this season as division rivals and playoff bound Indiana Pacers all but booked their spot in the post season.

The Cavs were without LeBron James for this contest, as he was given another extended three-day break before he’ll suit up again on Saturday against the Chicago Bulls. The Cavs were 1-3 without him this season before tonight’s outing and now sit 1-4 without James this campaign.

The Cavaliers started off promisingly, with Kevin Love very aggressive early on. His pick and pop was working brilliantly with Kyrie Irving, who had four assists in the first period, and in the early stages of the night, Love started off scoring 14 of the first 18 Cavalier points. In a high scoring first quarter, in which the Cavs shot 65% from the field and the Pacers 69%, the quarter was ended with a Solomon Hill corner three to end the first period, giving the Pacers a lead 36-33 after one.

The second quarter didn’t quite go to plan for the Cavs, as the Pacers created separation. The Cavaliers underwent a four-minute scoring drought and on top of giving away offensive rebounds and second chance points, the Cavs saw the Pacers to pull away. At the end of the half the Pacers lead 70-61 and the Cavs allowed Indiana to score the most points they have in a single half this season. The Pacers shot 63% from the field in the first half while making 7/12 threes whilst the Cavs only connected on 3/13. The Cavs bench also got outscored 31-13 at the break.

As the second half started, the Cavaliers hopes of a comeback and victory started to slowly fade away. The Pacers ended up opening their largest deficit of the game of 18 points, and you could feel the game slipping away. The Cavs ugly shooting didn’t help the cause as they were 4/21 from three-point land and the Pacers were a healthy 11/22. Pacers up 14 after 3 quarters 96-82.
All the energy from the contest had gone during the fourth quarter as the Pacers hit multiple game-sealing threes to extend the lead, all but clinching the victory. The Cavaliers put together a mini run and cut the lead to 10 points but Paul George and the Pacers closed the game with 5 minutes left in the last period, collecting the victory. George ending the game leading all scorers with 29 points.

Mo Williams did not return in the second half due to knee soreness and Kevin Love experienced back spasms in the third quarter but seemed to be fine as he returned to the game.

Cavaliers are now 56-23 with three games left in the regular season. 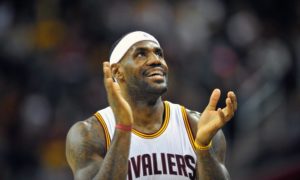