Cavs overreactions: Not good enough to be a Top 4 East team 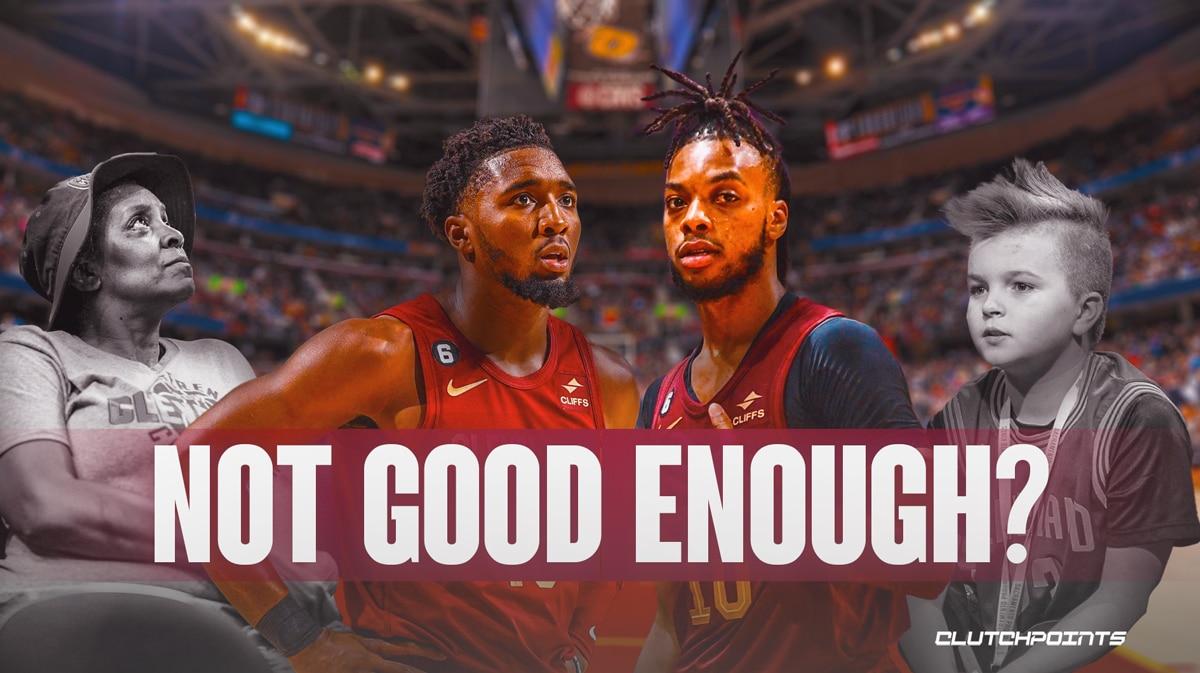 The Cleveland Cavaliers just snapped a five-game slump with a win over the hapless Charlotte Hornets. That’s a good thing, but remember that the Cavs needed not one but two overtimes to beat one of the worst teams in the entire league. That’s not a good sign moving forward, especially with the Cavs set to face the Heat, Hawks, Blazers, and Bucks this coming week. The reality is that after a strong start to this season, the Cavs haven’t looked like title contenders throughout their recent slide. Here we will look at why the Cleveland Cavaliers just are not good enough to be a top 4 team in the Eastern Conference this 2022-23 NBA season.

The Cavs are not a Top 4 East team

Despite their win over the Hornets, the Cavs’ troubles aren’t over. To deep dive into their current woes, we have to track back to when they lost to the No. 2 team in the Eastern Conference, the Milwaukee Bucks.

After that loss, Cavs head coach J.B. Bickerstaff talked to the players for more than 30 minutes after the final buzzer. He felt like it was about time to have a long conversation. They eventually left the city about an hour later than planned, which kind of tells you something about the state of affairs in that post-game meeting.

The long and short of it is that the Cavs are in a funk. Sure, about two weeks ago, they were the toast of the NBA world. The Donovan Mitchell trade was genius. They’re playing like the best team in the East. Is this a true title contender in Year 1 of the current roster?

And then reality bit hard. Problems popped up. The 8-1 cushion pretty much evaporated in a week. They just dropped their fifth in a row.

Bickerstaff believes the Cavs got too cozy too early. They won’t outwardly admit it or show it, but it happened.

“We’ve got kind of a fat cat mentality,” Bickerstaff said after they lost to the Bucks. “We went out and won eight games in a row. Everyone was giving us love and praising us. We got really comfortable.”

Bickerstaff first got warning signs of this when the Cavs were on a West Coast road trip. It actually began with blowout wins over the Pistons and Lakers, but it did not end well. The Cavs absorbed three straight losses, each lowlighted by debilitating fourth-quarter meltdowns.

In particular, Bickerstaff observed some lapses on the defensive end. Despite beating the Lakers, the Cavs allowed at least 60 first-half points to them. They repeated this against the Clippers and Kings before losing another one amid a rain of Steph Curry triples from the Warriors.

The offense was there, but the defense was woefully inconsistent. For Bickerstaff, that was uncharacteristic, and it was a bad omen. It was not just annoyance. It was a potentially bad habit he knew they needed to snuff out at this point in the season.

Keep in mind that the Cavs dominated opponents over the first nine games. In that stretch, they ranked second in defensive rating, allowing just 102.9 points per 100 possessions. Opponents shot just 44.4 percent from the field, which was sixth-best in the NBA during that timespan.

“We got away from being who we are,” Bickerstaff said. “If you want to win and win in this league at the level we hope to, you can’t do it if you don’t guard. Defense comes down to the effort you’re willing to put in. The second effort. The third effort. The fourth effort. Right now, we don’t have enough guys putting in that second, third and fourth effort.”

Bickerstaff talked to the team about it. They went through the analytics. They schemed for the Bucks, but it didn’t matter.

Against the 2021 champions, the Cavs fell and faltered. They were found severely wanting on defense, and this was an incomplete Bucks quintet, mind you. Beyond the missed covers, though, Bickerstaff didn’t like what he saw regarding the team’s body language and communication. He saw finger-pointing, eye-rolling, and palm-raising.

Take note as well that Giannis Antetokounmpo scored a season-low 16 points in this game. They succeeded in taking him largely out of the scoring equation, but they couldn’t do much to stop the other Bucks. That was an embodiment of what Bickerstaff said about the second, third, and fourth defensive efforts.

By the end of the Cavs’ loss to the Bucks, they suddenly owned the league’s lowest defensive rating over the previous five games. In fact, their defense allowed the Bucks to shoot 47.7 percent from the field. Again, Cleveland allowed their opponents to score 60+ points in the first half.

This is surely unacceptable for a team looking not only to make it to the postseason but to make a lot of noise therein. The Cavs aren’t here just to be playoff placeholders or even dark horses. They want to be counted among the legitimate threats to take the conference and challenge for the Larry O’Brien trophy.

Looking ahead, that might mean that Bickerstaff needs to shuffle his lineups and tinker with his rotations more. Take note that both Jarrett Allen and Dean Wade have missed games. Allen, in fact, missed the Cavs’ losses to the Timberwolves and Bucks.

That’s big because Allen’s defensive presence is game-changing. Without him, Evan Mobley needs to cover twice the area at twice the frequency. It changes so much.

Does this mean we’ll see even less of Caris LeVert and Cedi Osman, while defense-first guys like Isaac Okoro and Lamar Stevens see increased playing time? We don’t know for sure, but we wouldn’t put it past Bickerstaff to do exactly that.

The Cavs’ loss to the Bucks really seemed to hit hard. And though they did win against the Hornets afterward, it still didn’t feel like a triumph. Throughout the past couple of weeks, these young, hungry Cavs have had to absorb one harsh lesson after another.

What they learn and take away from these should hopefully complement the many flashes of brilliance we’ve already seen. If they can do that, there’s a way out of this funk, and a way to the elite tier of the NBA.

If not, however, then the Cavs are bound for shallows and misery. They’ll still make the playoffs, sure, but they won’t be among the East’s top-four teams.