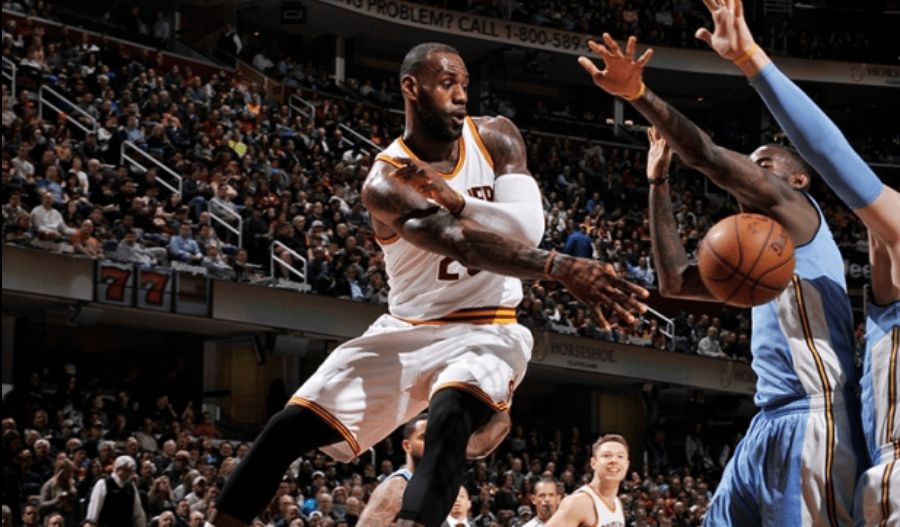 The Cavaliers ran away with a strong team win tonight, defeating the Denver Nuggets at the Q by the score of 124-91. LeBron James led the way for the Cavs, posting his second triple double of the season, and his 41st of his career, with 33 points, 11 rebounds and 11 assists. By the time he had gotten his final assist, the game was in hand and he was only in the game to complete the stat line. He left the game with six minutes remaining, and the Cavs leading by 24 points.

The Cavs played without Kevin Love tonight, who was out due to an illness. Along with Love missing, Kyrie Irving did not play particularly well, scoring just 8 points on 4-12 shooting, along with three assists. With one of the Big Three missing, and another not playing well, the Cavs still were able to display their superior depth and move the ball on offense on their way to a convincing win.

The first quarter started with the Cavs not scoring a single point in the first two minutes, and still somehow finding their rhythm to put up an impressive 38 points by the time the first period had ended. LeBron scored 17 points in the quarter, and Channing Frye, starting in place of Love, followed with 8 points, which included two long range bombs. For the quarter, the Cavs tallied 8 assists.

The second quarter was a different story. After Richard Jefferson started the scoring with a 3 of his own, putting the Cavs ahead 41-25, the Nuggets went on an 18-0 run to take the lead at 43-41. LeBron re-entered the game and settled the team down, and the Cavs were able to regain the lead and the momentum. They took a 56-48 lead into the half. Although they only scored 18 points in a cold-shooting second quarter, they did rack up six more assists thanks to consistent ball movement on the offensive end.

The Cavs ran the Nuggets straight out of Cleveland in the second half, scoring 68 points between the third and fourth quarters. Cleveland was up by 15 heading into the final frame, and all that was left to accomplish was LeBron’s triple-double.

Aside from LeBron’s gaudy stat line of 33-11-11, JR Smith followed with 15 points, and Channing Frye finished with 14. Each of them nailed three shots from behind the arc. Matthew Dellavedova was the only other player in double figures with 10 points. He also finished with seven assists.

Even without Love and a poor game from Kyrie, the team stats were as impressive as they have been in any game this season. The Cavs racked up a season high 38 assists on 56% shooting from the field. They were 15-31 from behind the arc, as eight different players made shots from long distance. Even with the impressive shooting, the Cavs outrebounded the Nuggets 43-35, and held them to just 40% shooting from the field.

The win tonight improves the Cavs’ record to 50-20 on the season, giving them a 1.5 game lead over the Toronto Raptors for first place in the eastern conference. The Cavs suit up again on Wednesday night, as they host the Milwaukee Bucks in Cleveland. 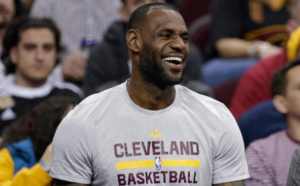 JUST IN: VIDEO: Nuggets Jusuf Nurkic Trash Talks And Laughs At LeBron James, LeBron Gets Him Right Back