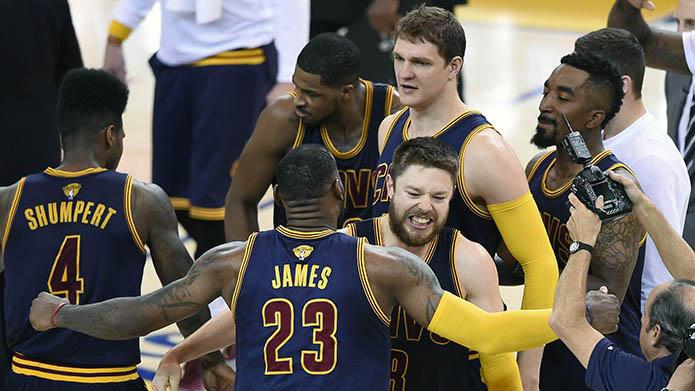 When the Milwaukee Bucks informed the Cleveland Cavaliers about their intention to sign Matthew Dellavedova, Dan Gilbert and company knew at that point that they would be losing their backup point guard.

The Cavs were not willing to spend $39 million over four years for the 26-year-old Australian international as they already had one of highest payrolls in the NBA and they were ready to roll the dice on veteran Mo Williams and rookie Kay Felder to provide the playmaking off the bench.

“They were never going to pay Matthew Dellavedova $39 million over four years. Even a team with the Cavs’ deep pockets — they already have a league-high $131 million payroll — has its limits. They were hoping Mo Williams (at $2.1 million) could fill the backup point guard spot, wondering if rookie Kay Felder might be able to suck up some minutes. Now, they’re going to make a move to get a backup point. Who knows what it will cost them. But it won’t be four years and $39 million.”

However, with the injury Kyrie Irving has suffered recently having already missed their last two games, the team is reportedly looking to make a move that will bring in a reliable point guard that can provide quality minutes while relieving Irving.

Numerous players have been linked to the Cavaliers as a potential backup at the one spot, but nothing has materialized yet. If there’s one thing certain though, they will be looking to add a veteran to bring more depth behind Irving and not spend a fortune securing his services.

It will be worth monitoring who the Cavs ultimately decide to bring in and how much they are willing to invest on that player. Should they be successful in acquiring one through the trade market or free agency, it will definitely give them more reason to believe that letting go of Dellavedova last summer was the smart thing to do as they can find a replacement for him and only spend less than half of what he’s now earning.