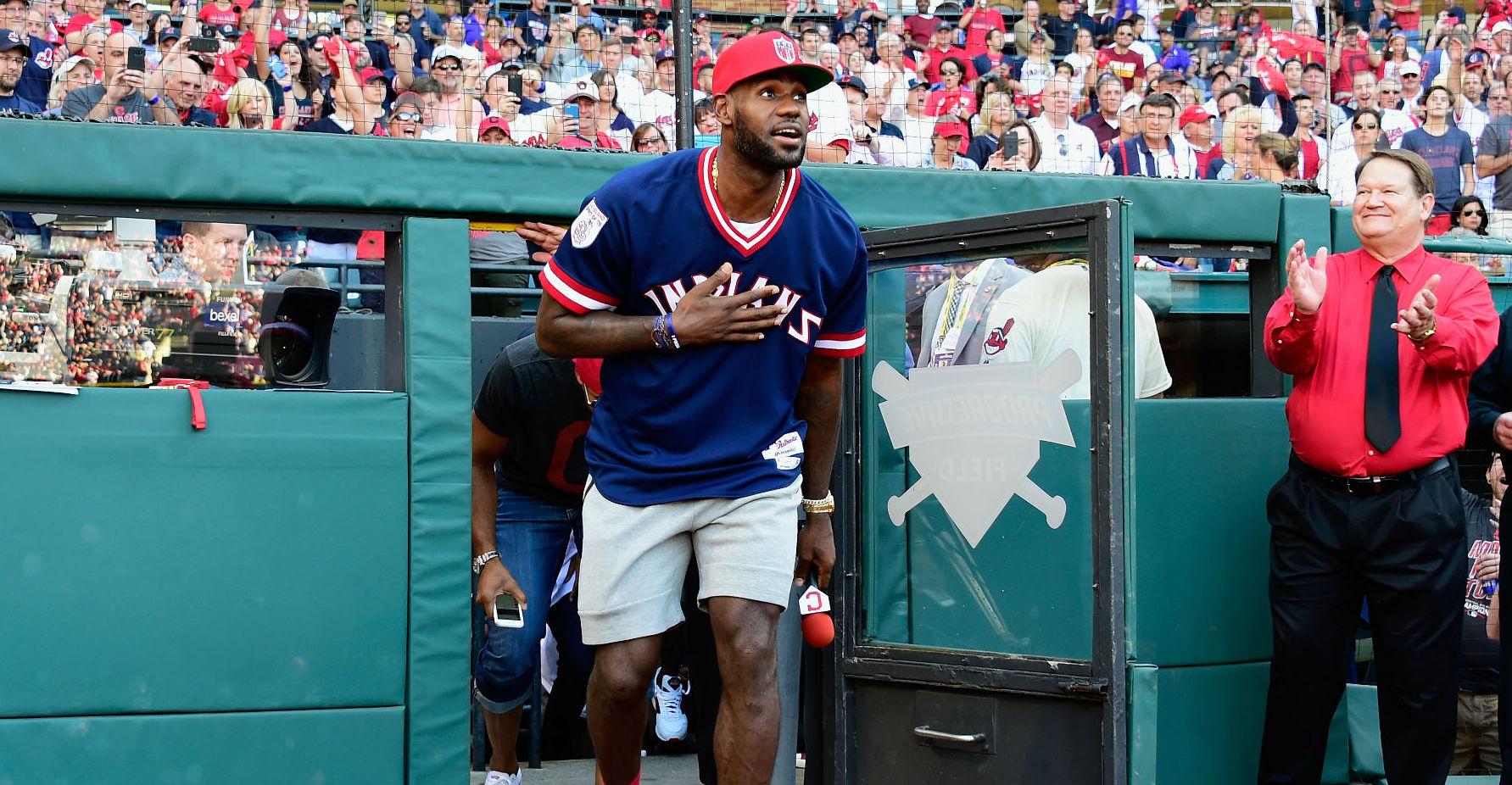 In a bit of a cheeky shot, the Yankees’ official Twitter account decided to take a jab at Cleveland Cavaliers superstar LeBron James on Thursday afternoon. As most hoops fans know, James, a native of Akron, Ohio, has been spotted wearing Yankees gear in the past. However, now that he’s returned to Cleveland, it seems the King has changed gears with regards to his Major League Baseball fandom.

The post, which shows James proudly displaying a Yankees cap, comes just hours before Game 1 of the American League Divisional Series, where the Cleveland Indians are scheduled to host the Bronx Bombers.

Earlier this week, Cavs forward Kevin Love stated that he and several of his teammates hope to attend some of the Indians’ home games in the postseason as a group, just as they did last year.

While the Yankees’ post might be funny to some, the last thing they want to do is motivate a red-hot Indians team — a team that racked up 102 wins in the regular season. With solid hitting, an endless bullpen, and one of the best managers in the business, the Tribe are viewed as one of the more formidable sides in baseball.