When the Cleveland Cavaliers and the Boston Celtics shook the NBA with a blockbuster deal last year that sent Kyrie Irving to Beantown and Isaiah Thomas, Jae Crowder, Ante Zizic, and a draft pick to The Land, the Cavs got a sizeable trade exception worth $5.8 million – or $5,811,114.00 to be exact.

The Cavs have a year to use that exception, but to this day, they have only spent a fraction of it to acquire Sam Dekker, leaving roughly $3 million more for the team to look for additional help.

Well, Cleveland only has until this coming Wednesday to decide on whether to use the remaining cache on that trade exception, though, the small window of time between today and the expiration suggests that the Cavs are not interested in capitalizing on the opportunity to add another player through that channel.

As of the moment, the Cavs have 14 players on their roster, with one more spot left for the regular season lineup.

The Cavaliers are in the early phases of their life after LeBron James, who left Cleveland (again) this summer before signing a four-year deal with the Los Angeles Lakers. Without James, the Cavs are now relying on Kevin Love and rookie Collin Sexton to carry the team, beginning next season.

The Cavs have two more exceptions to use until Oct. 14, which they got from trading Richard Jefferson and Kay Felder to the Atlanta Hawks last year. 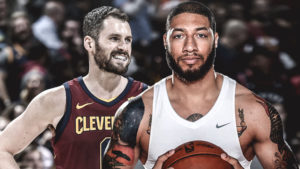