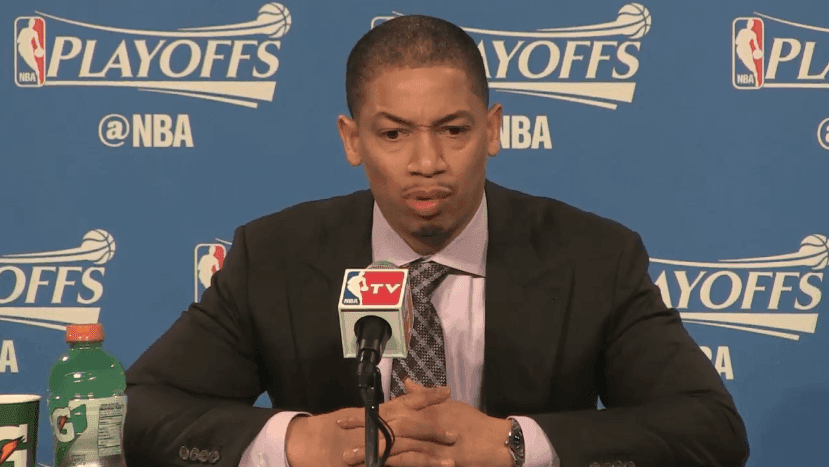 As the Cleveland Cavaliers shift gears in preparation for the new NBA season, an injury to LeBron James instantly became the focus of attention of the team’s fans and media alike after LeBron James injury rolled his ankle during practice on Wednesday.

The 2017-18 season is less than a month away and an injury to any of Cavs’ key players is sure going to attract much attention. That is why Cavaliers head coach Tyronn Lue has been fielding quite a number of questions that center around the severity of James’ injury and his status moving forward.

Speaking in front of a group of reporters that also include ClutchPoints’ Nikki Goel, Lue spoke about the latest on James’ injury and based on his given timeline of the forward’s recovery, James should be back in harness just in time for the Cavaliers’ season opener.

“LeBron James injury is day to day, not a week or longer.”

This echoes what Dave McMenamin of ESPN had also reported following a medical on James.

LeBron turned his L ankle in yesterday's late session. X-rays were negative. He got treatment during the practice today and is day to day

The Cavs start their season on October 17, when the team hosts the Kyrie Irving and the Boston Celtics in a highly anticipated matchup between two rivals in the Eastern Conference.