Cavs’ Tyronn Lue will not be fined for criticizing officials in Game 1 vs. Warriors 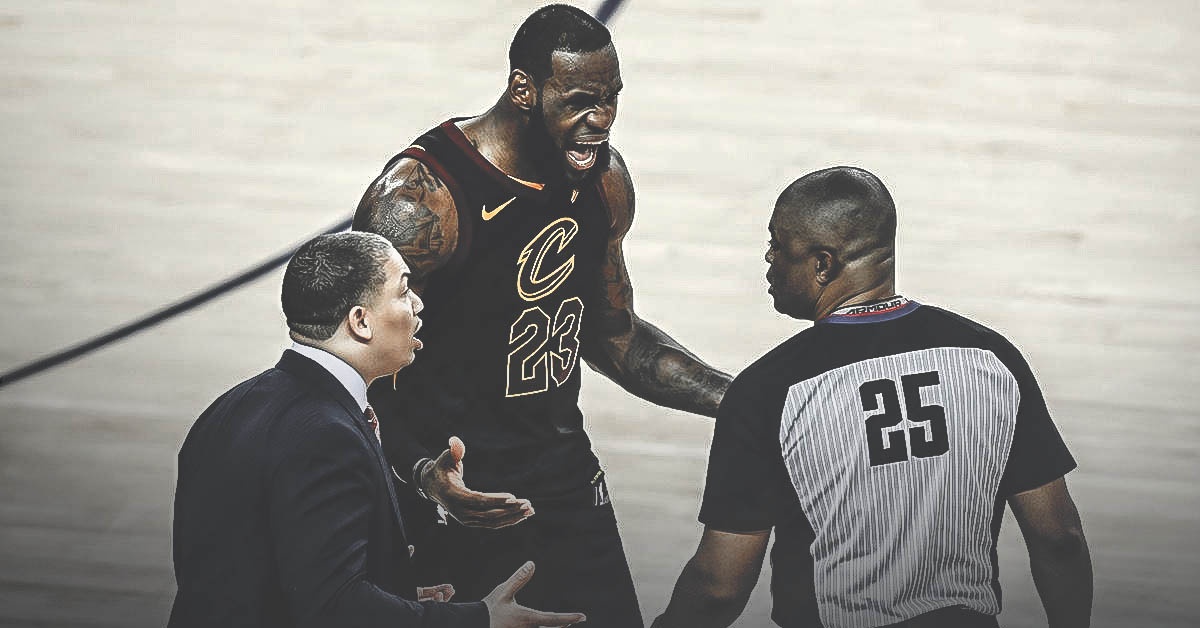 The Cleveland Cavaliers fell to the Golden State Warriors in Game 1 of the 2018 NBA Finals, and most fans around the world (other than Warriors fans, of course) felt like the officials played a significant part in the final outcome of the game, a 124-114 Golden State victory.

After the game, Cavs head coach Tyronn Lue went on a mini-rant in his press conference, saying that the Cavs were robbed and that, “It ain’t right.”

On Friday night, the NBA announced that Lue would not be penalized for his criticism of the officiating after Game 1, per Dave McMenamin of ESPN.

Tyronn Lue will not be fined for his postgame comments about the officiating after Game 1 of the NBA Finals, a league source told ESPN.

Lue is probably lucky he isn’t fined for his postgame comments, but no one can really blame him for what he had too say.

The NBA also announced that Cavs forward Tristan Thompson will not be suspended for Game 2 of the NBA Finals, but was issued a $25,000 fine for ‘failure to leave the court in a timely manner’ following his flagrant two and ejection. On top of that, the flagrant two was downgraded to a flagrant one foul.

The NBA has announced that Tristan Thompson’s flagrant foul 2 has been downgraded and the #Cavs forward has been fined $25,000. #Warriors #NBAFinals pic.twitter.com/tggtr2Vkkp 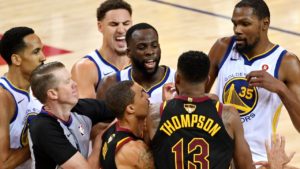