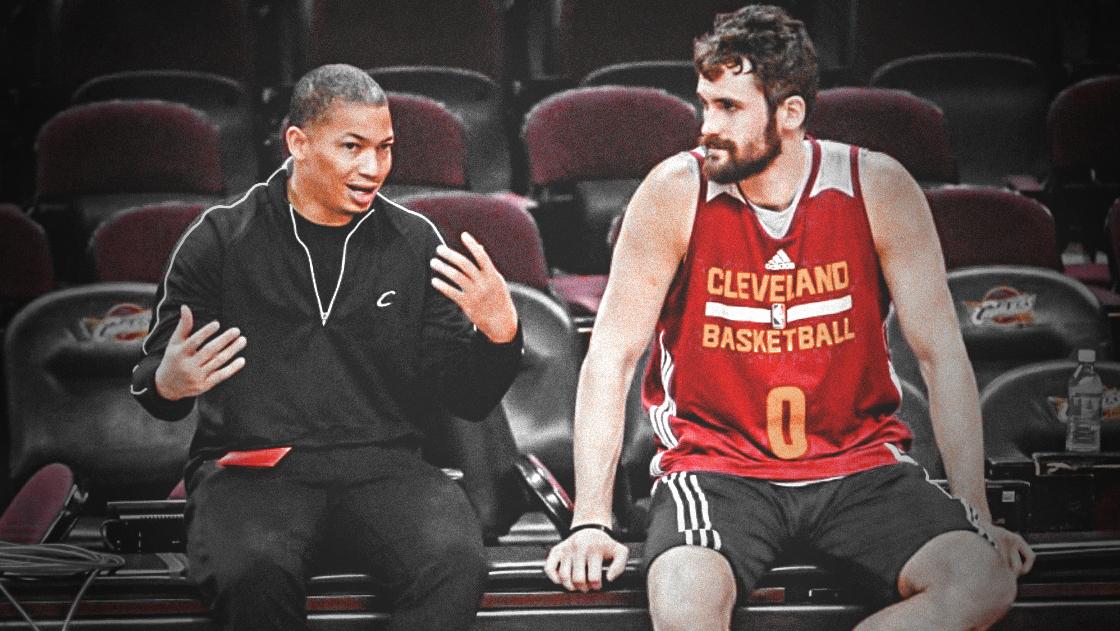 In wake of All-Star forward LeBron James making the decision to join the Los Angeles Lakers this offseason, it has left the team to push toward reshaping their roster. One of those core pieces to the puzzle has been All-Star Kevin Love, who has continued to have a cloud of uncertainty floating over his future with the franchise.

Despite all that chatter, the Cavaliers have continued to voice their desire to keep Love in the fold at least through this upcoming season. Head coach Tyronn Lue has voiced a similar sentiment stating that the 29-year-old is a major piece of the puzzle for the long-term future, according to Andrew Holleran of The Spun.

“Me and Koby Altman talked about it,” Lue added “He’s a big part of what we’re gonna do going forward. We gotta see if he wants to be here for us to rebuild, and to help the young guys out and mature the young guys. We’ve just got to see how he feels and what he wants to do. I think he’s earned that respect from us, from myself, from our organization, that if he wants to be in a better position then we gotta get him there. And he’s earned that right.”

With James out of the mix, Love is now the best talent currently on the roster that could take up a leading offensively role that had not previously been there for him to grab. During this four-year stretch, he is averaging a double-double with 17.1 points and 10.0 rebounds per contest while earning an All-Star selection in each of the last two years.

Love currently has two more years left in the five-year, $113.2 million deal that runs through the 2019-20 season that should keep him in place for at least the duration of the contract. Throughout this process, he has continued to voice that he wants to remain in Cleveland where he is set to take up a significant role in the offensive game plan.

Nonetheless, this only further clarifies that the Cavaliers currently have no plans on moving on from Love heading into the 2018-19 season.