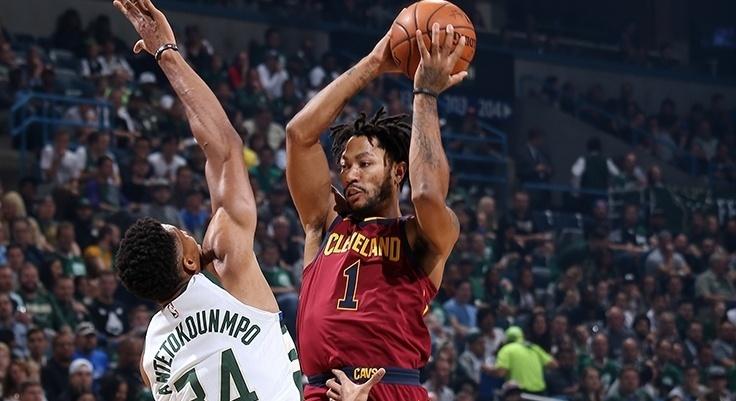 The Cavs will look to improve on their current three-game winning streak on Friday night, when they’ll welcome the L.A. Clippers to Quicken Loans Arena. However, it sounds like they’ll be doing so without the services of former league MVP Derrick Rose.

According to a report from ESPN’s Dave McMenamin, Rose, who will be missing his fifth consecutive game on Friday, is expected to be out of commission for at least two weeks due to soreness in his left ankle.

Ty Lue says that Derrick Rose is out tonight and will miss at least the next two weeks.

Rose went through further evaluations on Friday, and according to a report from Joe Vardon of cleveland.com, he’ll wear a protective boot on the injured foot.

In his seven games played for the Cavs this season, Rose, now 29 years of age, has recorded averages of 14.3 points on 47 percent shooting from the field, 2.6 rebounds, and 1.7 assists — all while knocking down 90 percent of his free-throws.

“It’s been the same for the last week and a half or something like that,” Rose told cleveland.com. “Hopefully this boot takes some of the pressure off, so that I could have some progress.”

In previous games with Rose out of the lineup, Cavs head coach Tyronn Lue has elected to give Iman Shumpert the starting nod at the point guard position. Until Rose is able to return, it’s probably safe to say that “Shump,” as he’s known, will see more playing time. So far, the former Georgia Tech Yellow Jackets standout has performed admirably.

“We still miss a true point guard,” Lue said, though he mentioned Shumpert’s been “great” in the role.

“It’s hard having to just try to mix and match and have Jeff play the point and D-Wade and different guys, but they’ve been doing a good job of handling and we know he’s going to be out for at least two weeks now so just keep continuing to plug away,” Lue said.

Friday night’s game, which will be aired on Fox Sports Ohio, is scheduled to tip at 7:30 p.m. EST. Let’s see if the Cavs, now the third-ranked team in the Central Division standings with an 8-7 record, can continue their winning ways.