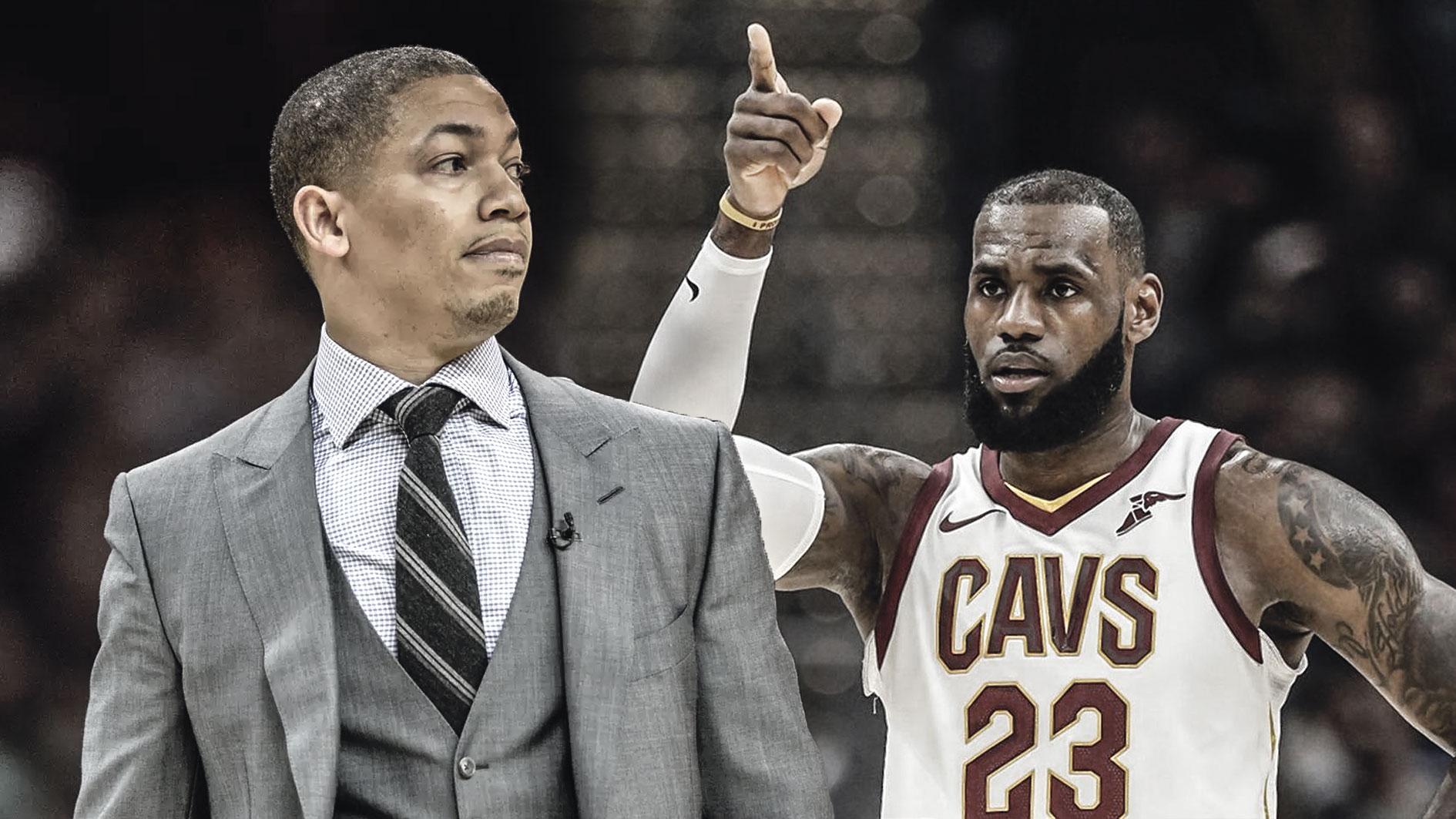 With Kevin Love out for Game 7 because of the concussion protocol, the Cleveland Cavaliers are going to have their hands full, but one guy that Tyronn Lue is not concerned about is LeBron James.

James was hurt towards the end of Game 6 when Larry Nance Jr. landed on his leg. James went down to the floor and stayed down for a bit before finishing the game, and leading the Cavaliers to a victory.

After the game, LeBron James also said that he was going to be fine and that it would take a pretty significant injury to see him miss Game 7.

Well, I wasn’t coming out in either case. Obviously, I would have had to literally have a real, real, really bad injury — [knocks on table] I don’t even know if this is … that’s not even wood; I’ll find some on the way out — to come off the floor with the opportunity we have to be able to force a Game 7,” James said via ESPN.

The role players have already had a hard enough time on the road for the Cavaliers this series against the Celtics, and without Love, they are going to have to step up even more.

If James isn’t 100 percent, he can’t let it show on the court, because if the Cavs want any chance to advance to the NBA Finals, he is probably going to need to have a better game then he had in Game 6.