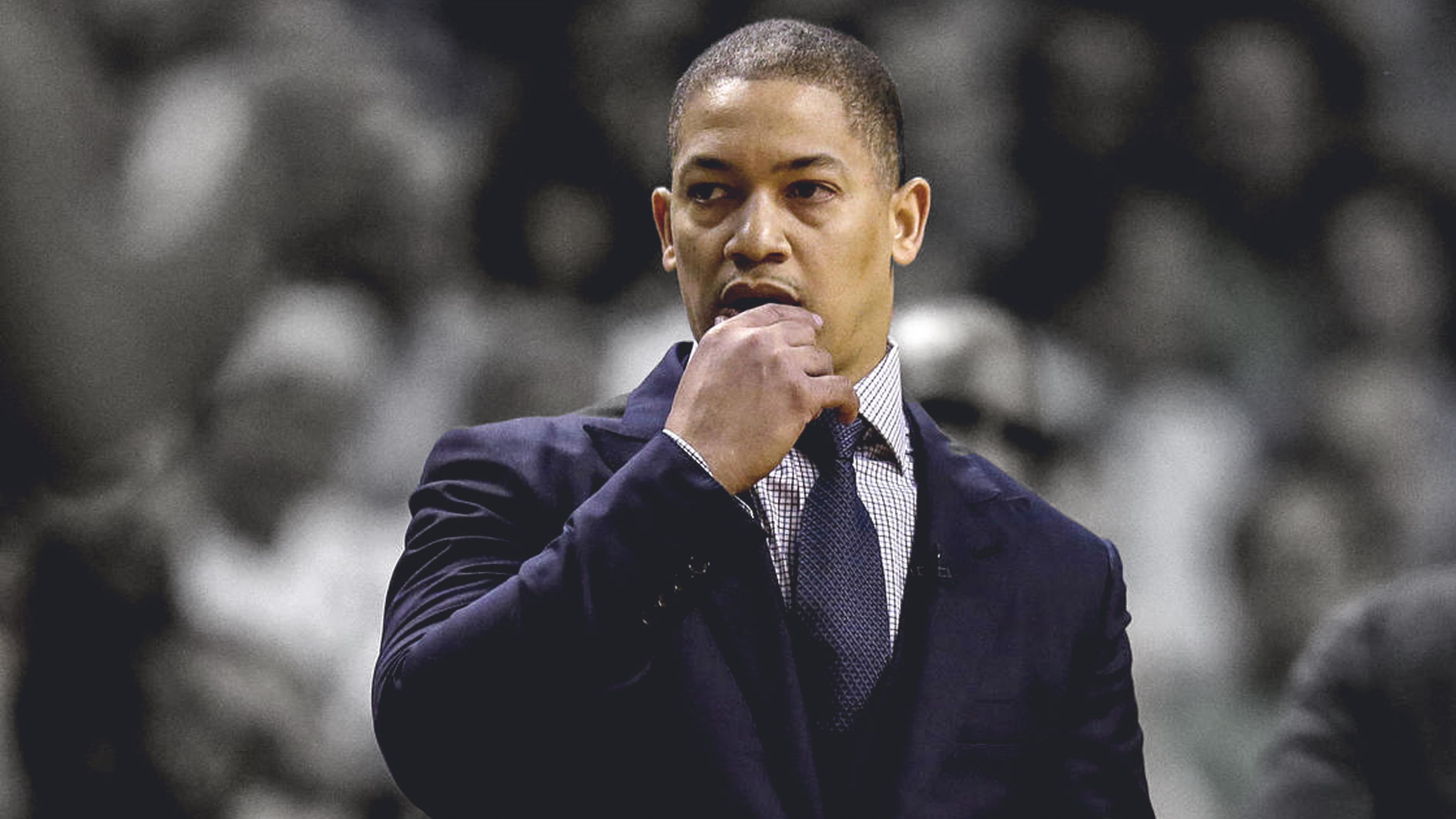 With zero wins in three games to start the new season, Cleveland Cavaliers head coach Tyronn Lue has already found himself in quite a conundrum. It appears that the 41-year-old Cavs coach is already beginning to re-think his approach to the season, which might not hold well for the team’s front office.

Multiple reports have emerged that given how the Cavs are not expected to be competitive this year, the front office has given Tyronn Lue the directive to give the younger guys on his team ample playing time to help speed up their development. However, as explained by The Athletic’s Joe Vardon, Lue might already be considering veering away from this plan altogether, and give back bigger roles to trusted veterans Kyle Korver, J.R. Smith, and Channing Frye.

“The coach showed up at practice Tuesday and put both Korver and Smith on the floor among the team’s top 10 players, potentially against the front office’s preference,” noted Vardon. “Lue’s intention is to play both in Wednesday’s home game against the Brooklyn Nets.”

Many expect the Cavs to tank this season, which would be a great opportunity for young players such as rookie Collin Sexton, 23-year-old Cedi Osman, and the pair of former Los Angeles Lakers studs Jordan Clarkson and Larry Nance Jr. — both of whom are 25 — to excel in a system in which there is considerably less pressure to win.

However, after a 22-point drubbing at the hands of the Atlanta Hawks on Sunday, Tyronn Lue appears to have had a change of heart. It seems like winning remains to be a top priority for the coach, and in his mind, he will have a better shot at the same if he plays his vets. How this will affect his relationship with GM Koby Altman and the rest of the Cavs front office remains to be seen. JUST IN: Why is Kevin Love Shooting so Poorly?
Related TopicsCavaliersCavsTyronn Lue