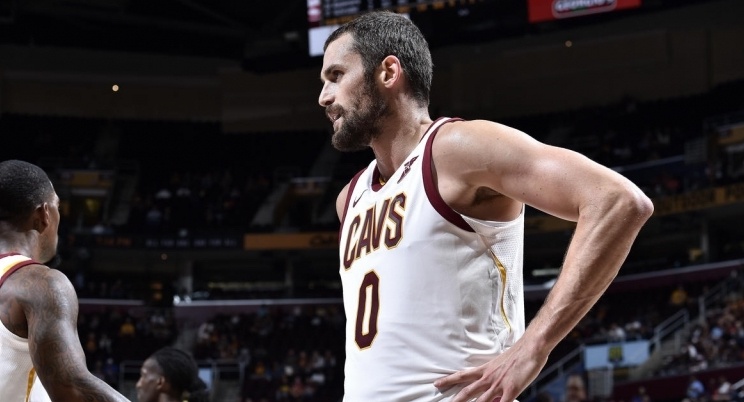 On Tuesday night, the Cleveland Cavaliers served as hosts to the Chicago Bulls in what was the fourth preseason game for both teams. When the dust settled inside Quicken Loans Arena, the Bulls, led by Justin Holiday’s 28 points and 11 rebounds, had carried the day, 108-94.

During the third quarter of Tuesday night’s game, Cavs forward Kevin Love, who turned in three points, eight rebounds, and two steals in his 21 minutes of playing time, banged knees with an opposing player. On the ensuing play, the 6-foot-10 rebounding machine was seen grimacing as he trotted down the floor. Just moments later, Love made his way towards the bench for an evaluation from team physician Steve Spiro.

While it seemed a bit scary at first, it sounds like Kevin Love’s knee is fine. After Tuesday’s loss to the Bulls, Cavs head coach Tyronn Lue spoke to reporters with regards to his newly-appointed center’s ailment.

There is no doubt that Love, now a four-time NBA All-Star, has played a crucial role in Cleveland’s recent success. In his 60 games played for the Cavs last season, the former UCLA Bruin averaged 19.0 points on 43 percent shooting from the field, 11.1 rebounds, and just under two assists (1.9) in 31.4 minutes per contest.

The Cavs will be back in action on Friday night, when they travel to Orlando to face the Magic inside the Amway Center for their final primer of the 2017 Preseason. In the meantime, have a go at these highlights from tonight’s game. 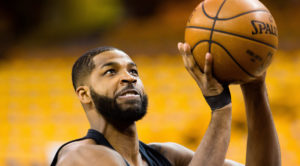