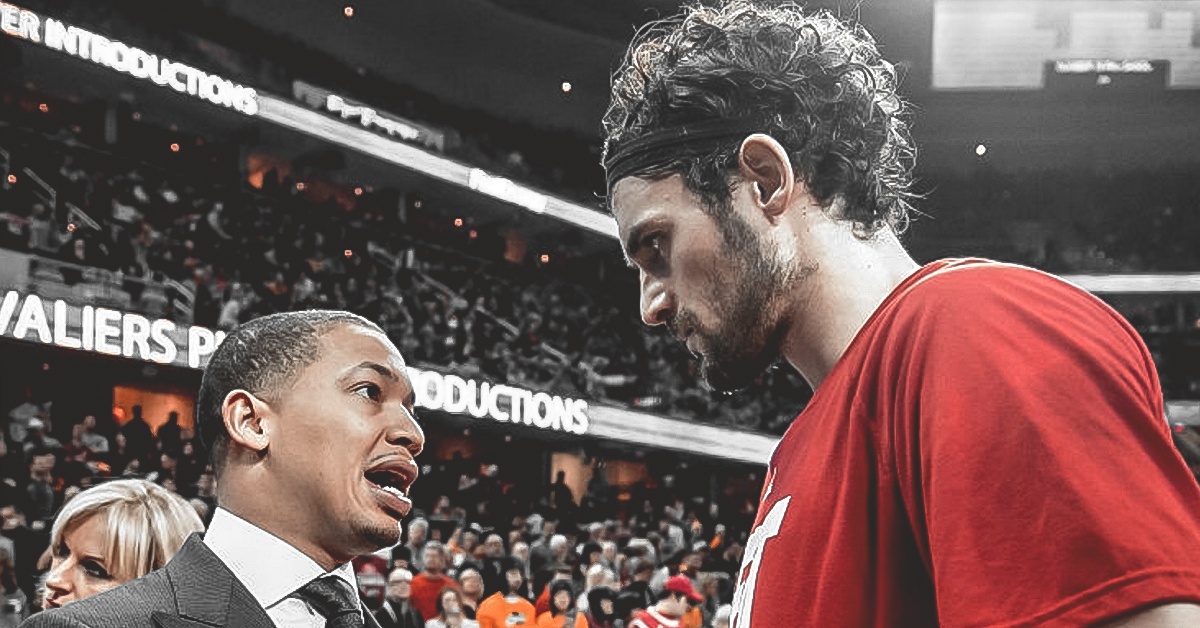 When LeBron James left the Cleveland Cavaliers for Hollywood, the prevailing sentiment was that he has earned the right to choose his next team. For Cavs head coach Tyronn Lue, the same can be said for All-Star power forward Kevin Love.

The void left by James can never be filled, even if Love rekindles his old Minnesota form. Still, the Cavs front office is sending the message that they will remain competitive with the sweet-shooting big man at the forefront.

In speaking with Eddie Johnson for SiriusXM NBA Radio, Lue talked about Love’s immediate future in Cleveland. As transcribed by Ashley Bastock of Fear the Sword:

“Me and Koby Altman talked about it,” Lue said during the interview. “He’s a big part of what we’re gonna do going forward. We gotta see if he wants to be here for us to rebuild, and to help the young guys out and mature the young guys. We’ve just got to see how he feels and what he wants to do. I think he’s earned that respect from us, from myself, from our organization, that if he wants to be in a better position then we gotta get him there. And he’s earned that right.”

Through his four years with the Cavs, Kevin Love has seen himself involved in trade rumors left and right. He’s also taken plenty of heat from fans and critics alike for his defensive shortcoming and durability. But through it all, Love is still with the team and he’s saying all the right things.

“From all I’ve been hearing from Koby, he wants to stay, he wants to be there,” Lue said. “So we’re happy to have Kevin. Every year he takes all the criticism. For me, he’s been great. He’s been 20 and 10 every year. Being a third guy, to get 20 and 10 that’s remarkable. He’s carried a franchise before in Minnesota and now he’s gonna have the same opportunity here in Cleveland. So I’m excited for Kevin, I think he’s excited, and we’ll go from there.”

Love has two years and close to $50 million remaining in his deal before he becomes an unrestricted free agent in 2020.