Tyronn Lue expects J.R Smith to be away from team for some time while mourning 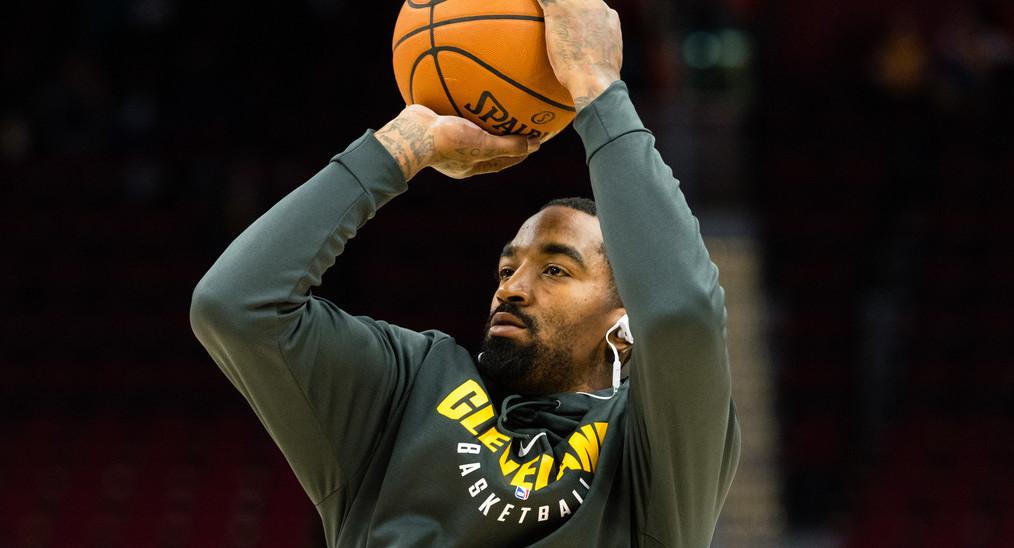 Cleveland Cavaliers sharpshooter J.R. Smith played with a heavy heart in Monday night’s 113-91 win over the Philadelphia 76ers inside the Wells Fargo Center.

During the Cavs’ morning shoot-around routine, Smith, now 32 years of age, was informed that his cousin had passed away in a house fire on Sunday night.

Cavs head coach Tyronn Lue excused J.R. Smith from Monday morning’s practice, and “Swish,” as he has came to be known, returned to the team’s hotel. Lue told Smith that he didn’t have to play against the Sixers, but the streaky shooter insisted on suiting up with his teammates.

“I came up to him and said ‘listen, we don’t expect nothing from you and if you can’t go, you can’t go. You understand?'” Cavs coach Tyronn Lue told Joe Vardon of Cleveland.com. “And he said no I want to play.”

The Cavs went on to win Monday night’s game by a score of 113-91, extending their winning streak to eight. Smith, who air-balled his first shot of the night, finished with 11 points on 4-of-6 shooting from the field and three rebounds. All three of his second half field goals were 3-pointers.

LeBron James, who racked up 30 points, 13 rebounds, and six assists in Monday’s win, offered Smith some kind words during his post-game interview.

“His family member would have wanted him to play tonight,” James said. “It’s very unfortunate what happened. It’s, the kid is in a better place now and I guarantee he was looking down on J.R., giving him all the lift and all the strength to come out with his brothers and play tonight. So, I commend him.”

According to Vardon, Tyronn Lue is expecting J.R. Smith to miss some time from the team for the funeral.

“It’s tough to have to go through stuff like that,” Lue said. “But he was great, came in and made some big shots. Just praying for him.”

The Cavs will be back in action on Tuesday night, when they’ll serve as hosts to the Miami Heat. Tip-off is scheduled for 7:00 p.m. EST with Fox Sports Ohio, Fox Sports Heat, and NBA TV having live broadcast coverage.