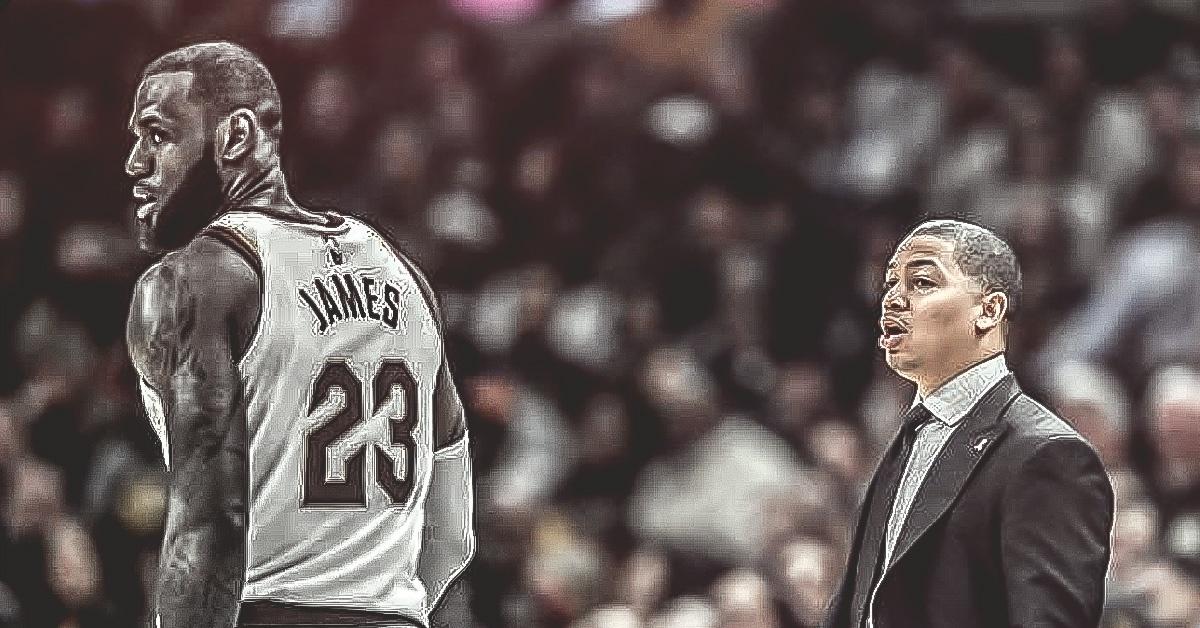 For the first time in his young head coaching career in the NBA, Cleveland Cavaliers bench boss Tyronn Lue will begin a new season without the best player on the planet under him after LeBron James decided to take his talents to Hollywood and leave the Cavs.

While not having James on the team greatly reduces the Cavs’ capability on the floor, that’s not stopping Lue from being positive about Cleveland’s future, as he looks to regroup his players and enter another chapter in Cleveland’s history sans the four-time MVP, per Gary Washburn of the Boston Globe.

James had a player option with the Cavs for the 2018-19 season he could’ve picked up but chose to sign a four-year $153.5 million contract with the Lakers instead, and in the process, took Cleveland’s status as a top contender in the Eastern Conference with him.

Tyronn Lue wishes the Cavs still have James, but he thinks the ones left behind by the three-time NBA champion are up to the challenge.

“Of course I would love to have LeBron James, but now that he’s gone it’s going to be a new challenge,” Lue said. “I think me and my coaching staff, we’re up for it. It’s going to be different, a lot of young guys that we can try to teach and mold them how you want them to be.”

For now, Lue will heavily rely on the only remnant of the Cavs’ “Big Three” in the form of Kevin Love, who should also get plenty of help from the likes of George Hill, Jordan Clarkson, and rookie Collin Sexton.