Cleveland Cavaliers rookie point guard Collin Sexton has yet to fill up the stat sheet five games into his career but he’s shown promise as a player who can.

After tallying 14 points, five assists and two steals against the Detroit Pistons on Thursday, Sexton had his best game of the season. He made some plays around the rim and as a jump shooter on offense, scoring all five of his field goals in the fourth quarter and reaching the 14-point plateau for the third time in five games.

He’s no longer looking for players, like shooting guard Kyle Korver, but failing to deliver them the ball where they’re in position to score.

Though he had a couple of defensive miscues against the Pistons, his attention to detail was higher than it had been in the first four games of the season and the speedy Ish Smith didn’t get going against Sexton like he did in the preseason.

Sexton’s performance caught the eye of the coaching staff and was also seen in-person by Cavs owner Dan Gilbert, who was seated sideline. As a result, despite veteran point George Hill being one of the Cavaliers’ most consistent backcourt players throughout the game, Sexton is the one whose number was called as Cleveland sought to mount a comeback against Detroit and he delivered.

After the game, Cavaliers head coach Tyronn Lue would discuss Sexton’s play and note that the young guard is improving in multiple areas to become an “all-around” player. It’s obvious that his most readily developed skill is his scoring ability but five games into the season, Sexton has steadily improved after each.

“I know he’s a scoring point guard,” Lue said. “But we want him to be all-around. That’s what he’s becoming, and it’s good to see.”

Although there were guards or players with great guard skills in his draft class — players like Trae Young and Luka Doncic, for instance — Sexton was one of the few backcourt player who had the potential to be an elite all-around talent. That’s what sets him apart.

While Cleveland has yet to complete even five percent of their season schedule, Sexton’s growth to this point has been a positive for the Cavaliers. 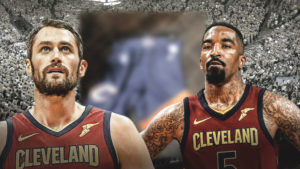