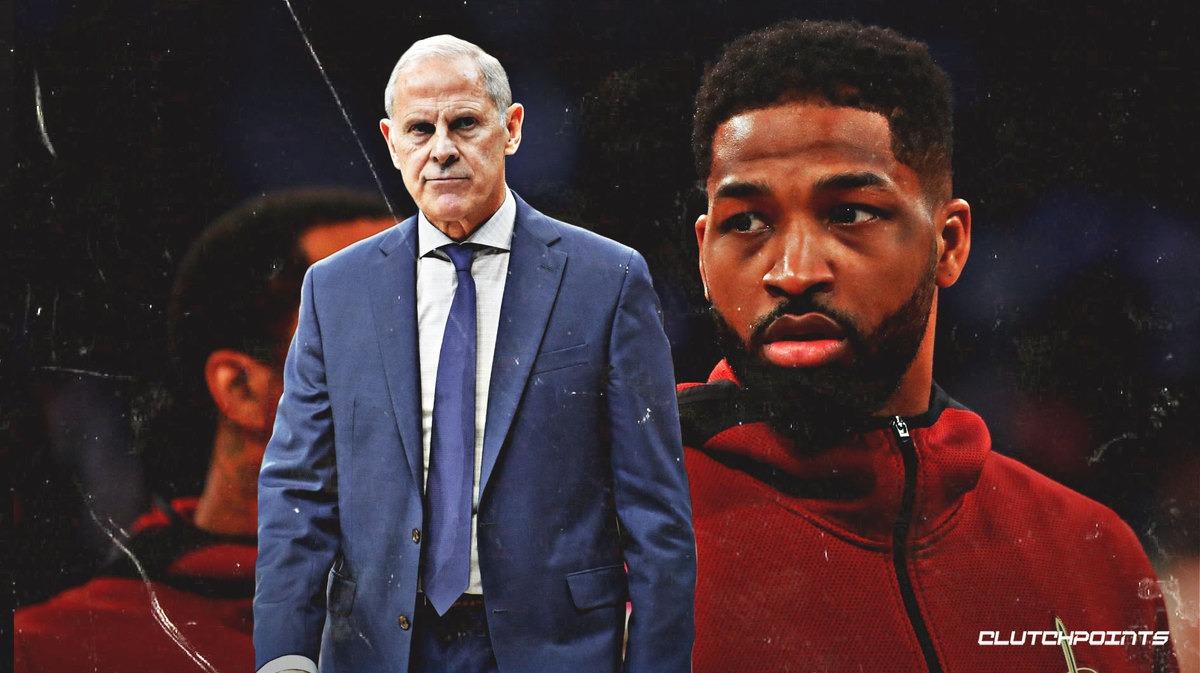 Tensions are running high in Cleveland. The Cavs are dealing with the fallout of head coach John Beilein calling his team “thugs,” though Beilein insisted he meant “slugs.” While the organization has said Beilein will remain the team’s head coach, not all of the players seem very enthused about playing for him in light of the recent incident.

Cavs forward Tristan Thompson–who is on an expiring contract this season–told reporters he would play “anywhere” (via Dan Feldman of Pro Basketball Talk):

The Cavaliers will keep Beilein as coach. Can Thompson still play for him? Thompson: “Man, I’ll play anywhere. I’ll play all over the world.”

Thompson’s somewhat ambiguous answer is slightly surprising. As Feldman noted, Thompson has been a big supporter of the first-year head coach throughout the season.

However, the 28-year-old gave a number of flatline answers when asked about Beilein’s mishap, even as Cavs teammates such as Larry Nance came out in support of Beilein:

Things appear to be falling apart for the Cavs. They were supposed to take a step forward this year as they continue to rebuild in the aftermath of the LeBron James era.

Instead, Cleveland has dealt with internal issues all season, from the Kevin Love drama to Beilein’s apparent inability to relate to his young team.

Thompson’s comments are almost certain to set off trade rumors, especially given the Cavs have failed to initiate extension talks with the veteran big man.