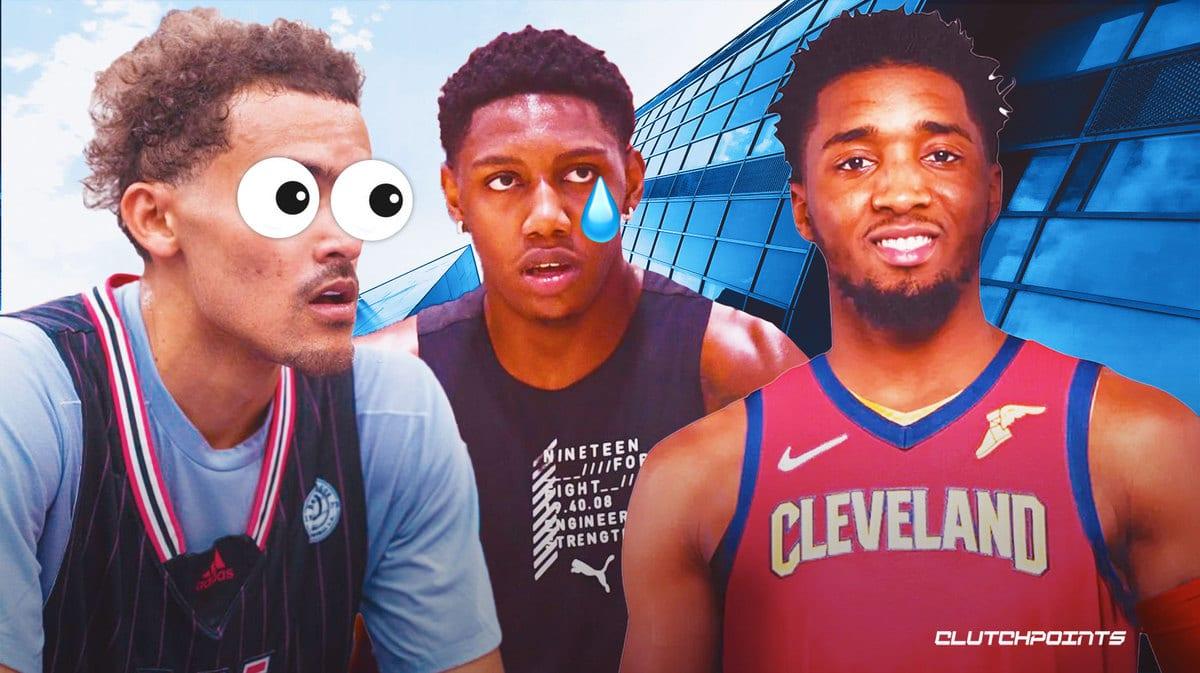 The Cleveland Cavaliers just shook up the Eastern Conference after they pulled the trigger on a blockbuster trade deal for Donovan Mitchell. For his part, Atlanta Hawks star Trae Young is all for it, and he even welcomed the new Cavs recruit to the conference.

In true Trae Young fashion, however, the All-Star point guard just had to have a New York Knicks reference in his welcome message for Mitchell (h/t ClutchPoints on Twitter):

Of all the ways Young could welcome Donovan Mitchell to the East, he just had to pick a video that referenced the Knicks and their botched trade chase for the ex-Utah Jazz superstar. As we all know, the Knicks were the heavy favorites to land Mitchell throughout the offseason. However, the Cavs somehow pulled off the coup of the summer when they snagged Donovan at the last minute.

It’s no secret that Young is Public Enemy No. 1 in New York, and it is also clear that he’s loving every bit of it. Did Trae Young just rub salt into the burning wounds of Knicks fans everywhere?

In all seriousness, however, the Cavs have now emerged as a real threat in the Eastern Conference — and beyond. The addition of Mitchell into the mix alongside Darius Garland, Evan Mobley, and Jarrett Allen makes this team a force to be reckoned with. Trae Young has obviously taken notice, and so should the rest of the conference. The same should be the case for the entire league, actually.