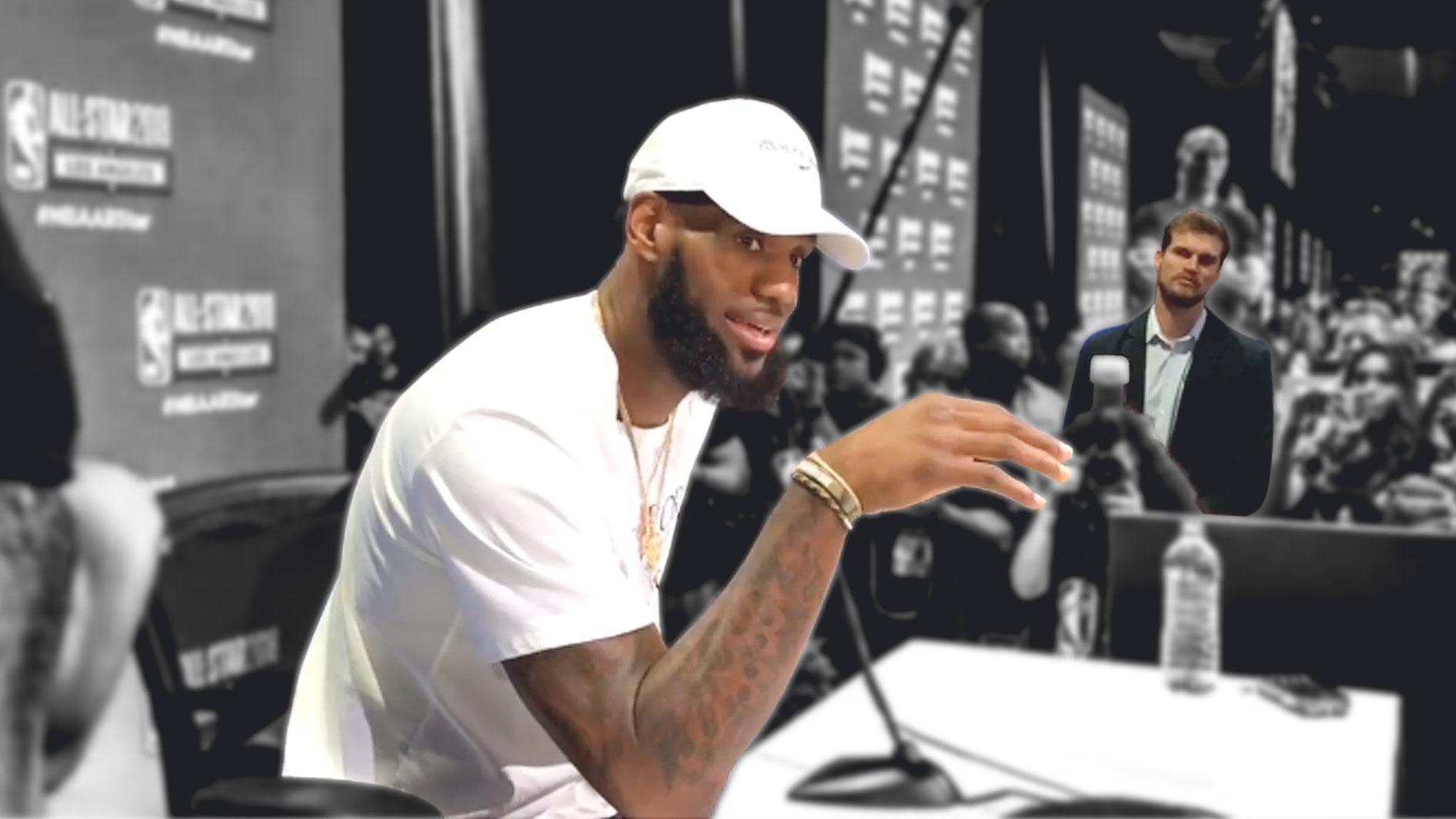 The NBA All-Star weekend was filled with laughs, dunks and more importantly players getting together. However, there were issues outside of the court as Lebron James and host of the Fox News Program “Ingraham Angle” went back and forth on the feud on whether or not players should have the freedom to talk about politics.

It all started Thursday night when James responded to President Trump’s recent remarks during the All-Star weekend and it caught the attention of Laura Ingraham. The Fox News host would go on to say to LeBron that he needs to “shut up and dribble.” Of course with that statement, it gave the opportunity for LeBron to speak about it during the All-Star press conferences.

James would bring the topic up during the festivities and thanked her for giving him even more awareness during one of NBA’s biggest weekend.  James would continue to address the media and mentioned that “He did not even know her name”. That is when Brazilian basketball player and former San Antonio Spurs big man Tiago Splitter interrupted the interview in the best way possible.

In the video, Splitter helped out James in answering the question of “whatever is her name?” and answered with the best response possible.

This was the best addition to the interview as LeBron James continued to talk about the feud between the players and the Fox News host. It seems as if the players do not want to know her name, but instead want to continue to spread equality throughout the world.

James went on to finish the interview by saying he wants help change kids but not only in America but all over.

It’s nice to see Splitter apparently not having any resentment for James after the four-time MVP did this to him during Game 2 of 2013 NBA Finals between the Spurs and the Miami Heat.