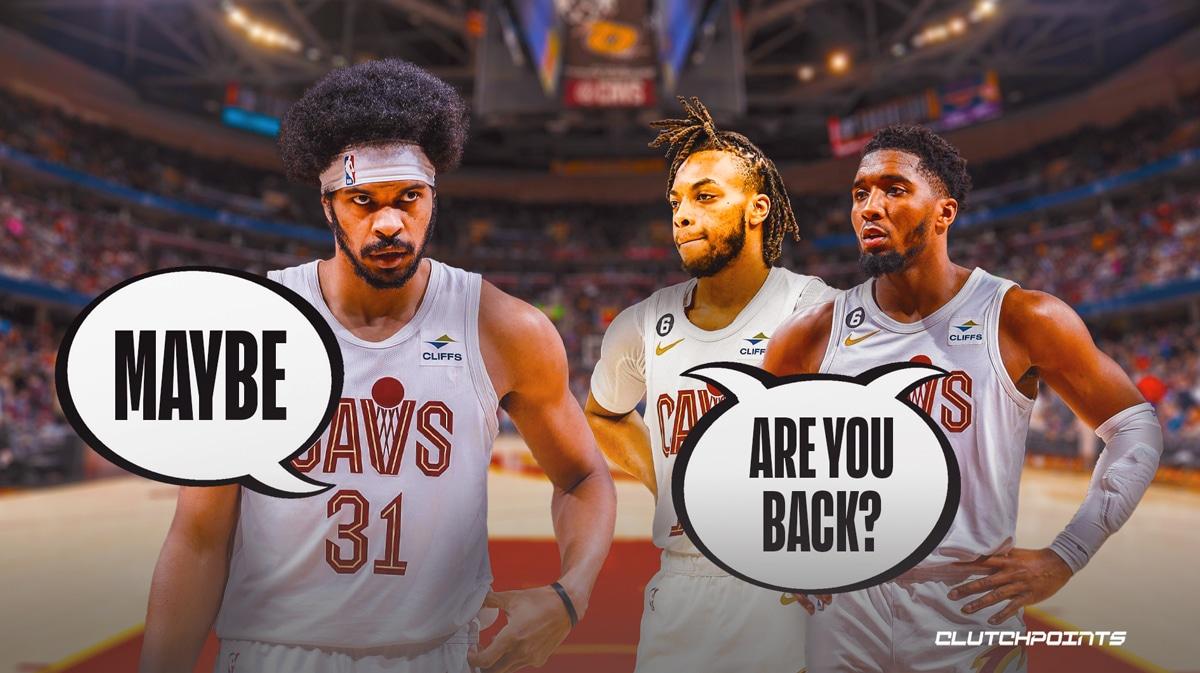 Cleveland Cavaliers center Jarrett Allen could make his return from injury after he was seen wearing the wine-colored practice jersey usually worn by the team’s starters during shootaround before Tuesday’s game against the Los Angeles Lakers, according to ESPN Cleveland Cavs beat writer Danny Cunningham.

Forward Lamar Stevens wore the same wine-colored jersey when he was listed as “probable” with a non-COVID-related illness before last Friday’s game against the Orlando Magic. Stevens ended up starting in Rocket Mortgage Fieldhouse, playing for 15 minutes as he knocked down two of his four 3-point attempts and grabbed two rebounds.

Jarrett Allen was listed as “questionable” with a lower back injury he suffered against the Milwaukee Bucks in late November. Allen rolled over Bucks forward Giannis Antetokounmpo as he tried to contest a pump-fake, falling hard on his right hip.

Allen’s return from injury would give the Cavs extra stability on the interior when they face a former Cleveland Cavalier in forward LeBron James and a recent resurgence in forward Anthony Davis, who scored 99 points in two games against the Indiana Pacers and Portland Trail Blazers. James was listed as “probable” with an ankle injury, though he battled and scored 29 points in last Sunday’s game with the Washington Wizards.

Cleveland’s 14-point win over the Lakers in early November sparked extremely high praise from the Akron native, who said he enjoyed the hard-working nature of his former team’s young core.

“You don’t see too many of their guys showing off on social media,” James said. “They seem like a bunch of guys who come to work and just want to play ball. It’s definitely a joy for a coach and a staff like that.”

The Cavs will tip off against the Lakers at 7:30 p.m. EST on Tuesday in Rocket Mortgage Fieldhouse. The game will be broadcasted on TNT.