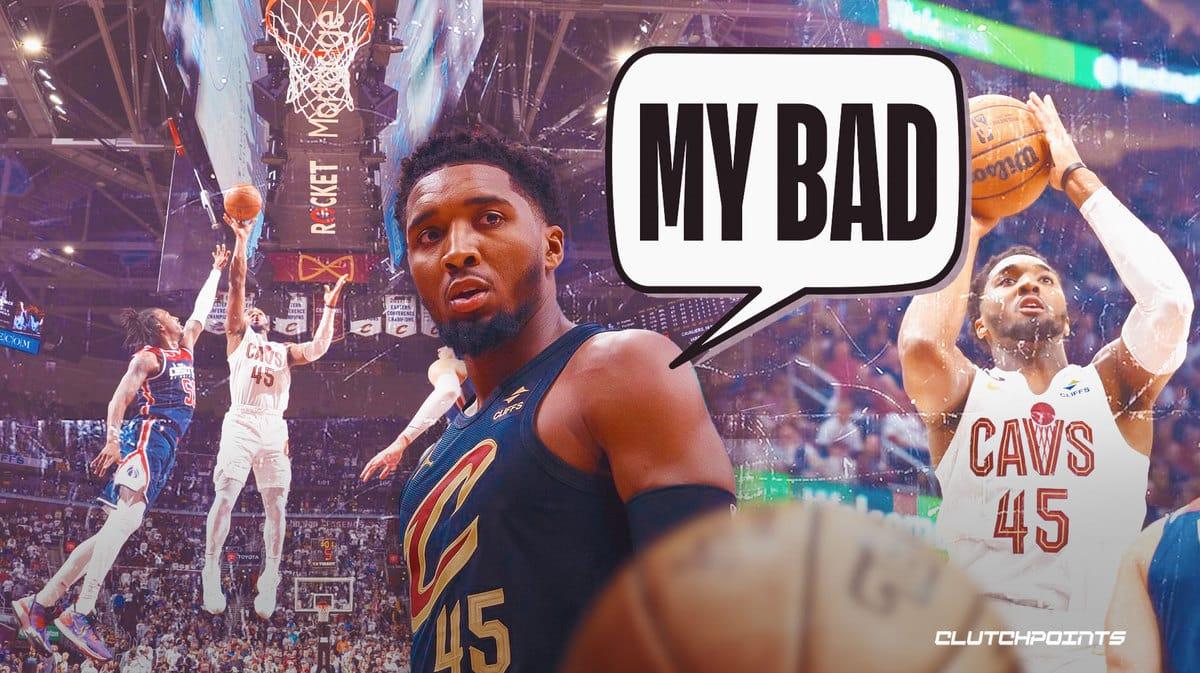 The expectations for the Cleveland Cavaliers for the 2022-23 season were raised the moment they pulled off a trade for three-time All-Star Donovan Mitchell. No one will argue that the trade hasn’t worked out thus far, with Mitchell averaging 33.3 points and 7.0 assists per game in their first three games. Spida’s latest effort, in fact, was a herculean one, as he torched the Washington Wizards to the tune of 37 points.

However, it seems as if Mitchell still isn’t satisfied with his performances, especially after he almost threw the game away with late-game blunders, having ended up with six giveaways on the night. And he made sure to air his remorse despite the Cavs’ 117-107 win over the Wizards in overtime.

While Donovan Mitchell has steadily upped his assist averages from season to season, he is still a bucket-getter at heart. While the crunch time turnovers are a bit of a cause for concern, Darius Garland’s eventual return from an eye injury will ease the playmaking burden on the 6’1 former Utah Jazz man.

Nonetheless, Cavs fans will be pleased with the high standards Mitchell is holding himself accountable to, especially with the Cavs having higher ambitions than a mere playoff cameo.

“I personally didn’t like the second half of the game as a whole for me. The third quarter was OK, but fourth quarter was an absolute disaster in my eyes,” Mitchell added. “We’ll take the win, but I promise you for the next day and a half all I’m going to be thinking about is finding ways to execute late game and being the best for my team.”

Apology or not, it seems as if the Cavs faithful are more than happy to welcome Spida with open arms, and Mitchell clearly feels the love of the crowd of 19,432 in the Rocket Mortgage Fieldhouse.

“It felt like a playoff game. That was nuts,” Mitchell said. “[…] I’m trying to lock in, but I’m just looking around like, ‘Holy s—.’ I’ve played here, but I don’t think I ever heard it like that. Actually, I came to a Finals game in ‘16 and that’s when I heard it like that. But to be on this side of it and to hear the crowd just going nuts, it’s incredible.”