Amid the frenzy surrounding LeBron James’ offseason decision, a report has surfaced with information regarding Space Jam 2 — a Warner Bros. production that the Cavs superstar is said to be starring in.

According to a report from thehypemagazine.com, James will share a trailer for the long-awaited film on the Instagram TV app shortly after making the call to opt in or out of his contract with the Cavs (June 29th is the deadline).

“According to a new report, James is expected to use his summer spotlight to highlight another upcoming project, Space Jam 2. Per The Hype Magazine, shortly after revealing his free agent destination, James will unveil the first trailer for the long-awaited sequel on the recently revealed Instagram TV app.”

Why wait to reveal the trailer? The Hype Magazine noted that the contents of the Space Jam 2 trailer will reveal what team the King is going to be playing for, which seems to indicate that a decision may have already been made.

“The reasoning behind it is that the contents of this said trailer will state where the King is actually going,” Landon Buford writes in his recent article.

“The person who informed me of this supposed trailer also indicated what team the King is going to.”

James is no stranger to the screen, as most hoops fans know. He and his production company, Springhill Entertainment, have already had a hand in several productions, including the hit Starz series Survivor’s Remorse and NBC’s game show The Wall.

Justin Lin will serve as a director and writer for Space Jam 2. Lin is the same man who drove the Fast & Furious series into a worldwide hit (The Fast and the Furious: Tokyo Drift, Fast & Furious, Fast Five, and Fast & Furious 6). Andrew Dodge and Alfredo Botello will also have a hand in the script, according to mensjournal.com.

“We have actors who are also professional athletes, so scheduling is something that’s tough,” Lin told IGN.com last summer.

“I feel like I’ve done nine different iterations already and we’re going to keep going,” Lin continued. “But we’re getting closer every day. To be able to…in a relevant way, bring the Looney Tunes back, that’s something that’s very important to me to do it right.”

The plot for Space Jam 2 has been kept under wraps, so to speak. However, it sounds like the Monstars — a team of fictional characters who stole the basketball talents of several famous players in the original film — will be back in action.

Be sure to keep your browsers locked on Cavs Nation for more updates on this topic as they become available. 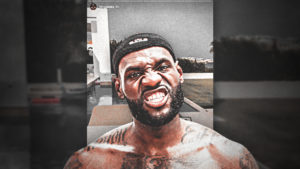