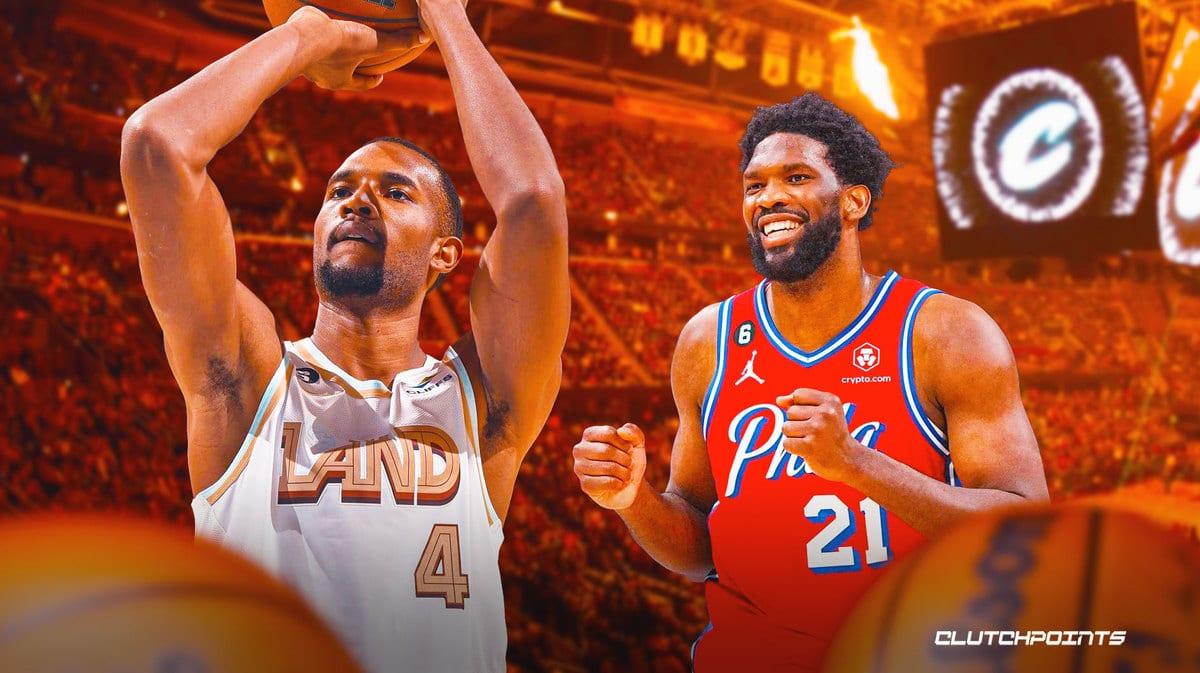 The Cleveland Cavaliers put up one of their best performances of the season against Joel Embiid and the Philadelphia 76ers. The Cavs dominated at home and won by a score of 113-85. Evan Mobley earned some big praise from the Sixers’ big man afterward.

Mobley led a mighty defensive effort and scored super efficiently to dismantle the Sixers in a blowout win. He scored 16 points on 8-10 shooting and tallied eight rebounds and three assists in just under 24 minutes.

“He’s got a chance,” Joel Embiid said of the Cavs’ young center. “He’s obviously on a good team. Sometimes, it’s good to be on a good team when you start and sometimes it’s also good to be on a bad team because you get to work on your game. I like him a lot. I think he has a lot of potential. I think he can really become one of these great big men in the league that has so much skill.”

Embiid name-dropped Nikola Jokic and Karl-Anthony Towns as the level of big man that Mobley can reach one day. “I think he can be that good,” the Sixers superstar said. “It’s all about opportunities. I think if he gets them and he gets the chance to keep making mistakes and learning from it and keep getting better, I think he can get to that level. But he’s already really good.”

Mobley continued his strong start to the season and showed his versatility with a coast-to-coast bucket on Embiid early in the game. He also fought hard against Embiid on defense. Although the numbers weren’t super eye-popping, it was a very impressive performance against one of the best bigs in the NBA.

Evan Mobley had plenty of help in the Sixers’ win over the Cavs. While Jarrett Allen and Kevin Love sat out, Darius Garland recorded 21 points and nine assists, Donovan Mitchell added 18 points and six assists and Caris LeVert scored 22 points on 8-11 shooting. Embiid had just 19 points. Cleveland is now 14-8 on the season.