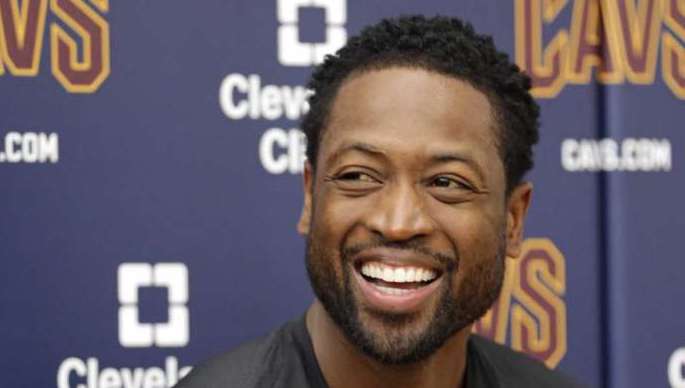 There were several noteworthy takeaways from the Cavs’ intrasquad scrimmage game, including Kyle Korver’s hot hand from beyond the three-point line (15 points), Jeff Green’s impact on both ends of the floor (11 points), and Dwyane Wade’s ability to run the backup point guard position. 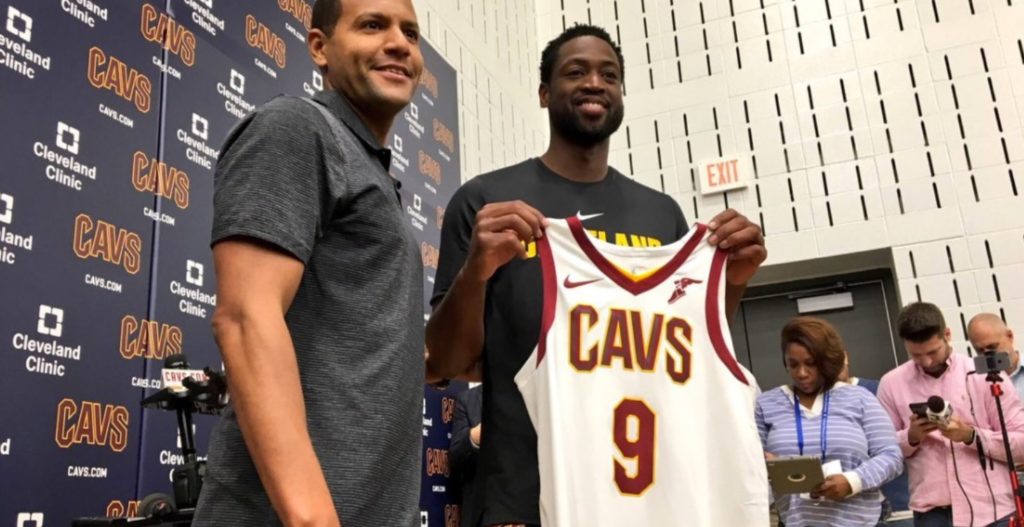 With his long-time friend LeBron James out due to a minor ankle injury, Wade, now 35 years of age, was inserted into the starting lineup. The former Marquette Golden Eagle actually opened the scoring for team Wine (the starters) with a step-back jumper. However, Wade’s best showing came in the second frame, when he switched to point guard for team Gold (the reserves).

“It allows me to be a playmaker, which I love when you have guys like Kyle Korver out there, Channing Frye, sometimes J.R. (Smith),” said Wade, who was credited with five assists in the second quarter and repeatedly found Korver for open three-pointers. “Whatever lineups Coach puts out there, it gives me an opportunity to have the ball in my hand, make plays, and obviously score the basketball.

“There’s so much talent on this team,” Wade continued. “I’m trying to get used to all the weapons that we have, but I like it. I like the change-up. I think the second unit is going to have to be very good for this team to be as successful as it wants to be.” As most Cavs fans know, coach Lue has not released an official starting lineup yet, which is totally understandable. Obviously, he has a few tough decisions to make with regards to his roster in the coming days and weeks. Where coach Lue elects to utilize Wade is yet to be seen. However, Joe Vardon of cleveland.com reports that signs are pointing towards a reserve role.

“Coach Lue said he hadn’t yet settled on the idea of bringing Wade, a 12-time All-Star, off the bench, but most signs point to it,” Vardon writes in his recent article.

“Lue doesn’t want to play Smith and Korver together, and Korver isn’t going to start. Wade can handle the ball, and the Cavs could use a dynamic player like him in that role running the second unit until Thomas returns from a hip injury.

“Also, Smith worked only with the starters Monday. Wade, meanwhile, was placed on the second team as soon as he signed with the Cavs, running that group against James and the starters in a private scrimmage last Wednesday before James was injured.” There is no doubt that Wade, a three-time NBA champion, is a fine addition to the Cavs’ rotation — whichever position he ends up playing. In his 60 games played for the Chicago Bulls last season, the former Marquette Golden Eagle averaged 18.3 points on 43 percent shooting from the field, 4.5 rebounds, 3.8 assists, and 1.4 steals in 29.9 minutes per contest.

Starting Wednesday at 7:00 p.m. EST, when they host the Atlanta Hawks, coach Lue and the Cavs will have five preseason games to figure out a starting lineup. Maybe Wade starts — maybe he comes off the bench. Let’s just wait and see. 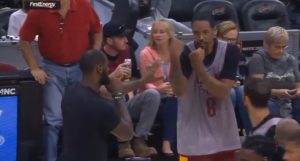