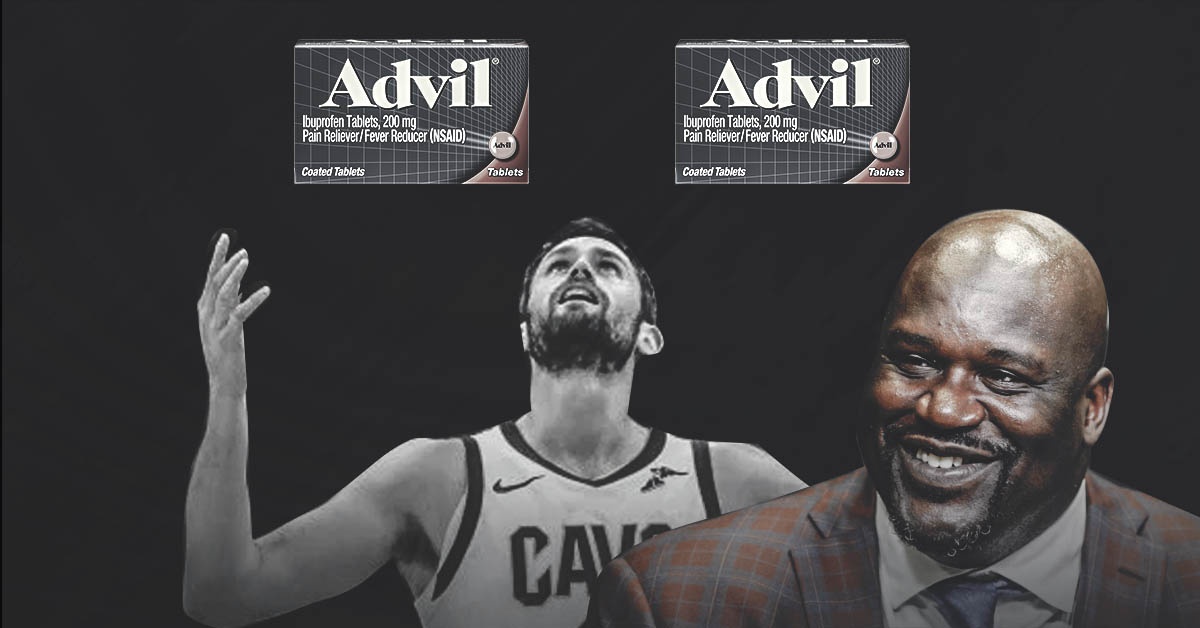 More and more information has been coming out of the last few years about the permanent effects that one concussion can have on the brain.

On Saturday, Kevin Love was ruled out for Sunday’s Game 7 because he is in the concussion protocol, but that didn’t stop Shaquille O’Neal from saying all Love needs is an Advil.

Yahoo Sports got the following transcript from the hilarious conversation:

O’Neal: “Ain’t nothing holding me from no Game 7. I’m going straight to Walgreen’s, getting some Advil.
Barkley: “And some Icy Hot! I’m with you on those things. I’m not missing a Game 7.”
Johnson: “I thought you said you were a doctor.”
O’Neal: “I am a doctor.”
Johnson: “You’ve got a concussion, take an Advil.”
O’Neal: “That’s right. I’m ready to go to work.”

This seems really concerning because of how seriously the concussion protocol needs to be taken. Even if O’Neal was joking about the matter, it’s not really something that should be joked about.

Back in the old NFL days, that is what a player would do to come back from a concussion when it really didn’t seem like a big deal.

Now those players are dealing with all the side effects that come with those concussions, including memory loss and an increased suicide rate.

The Hall of Fame center might have had only the second dumbest comment of the day. The winner goes to Doug Gottlieb, who thinks that the NBA shouldn’t even have a concussion protocol because it was only made for a sport where it’s a problem, like the NFL.

Concussion protocol was created for football, where former players have suffered permanent brain damage — none of these problems exist for former #NBA players – yet they have a similar protocol?

JUST IN: LeBron James, Al Horford are the only players with at least 4 Game 7s and undefeated in the last decade
Related TopicsCavaliersKevin LoveShaquille O'Neal