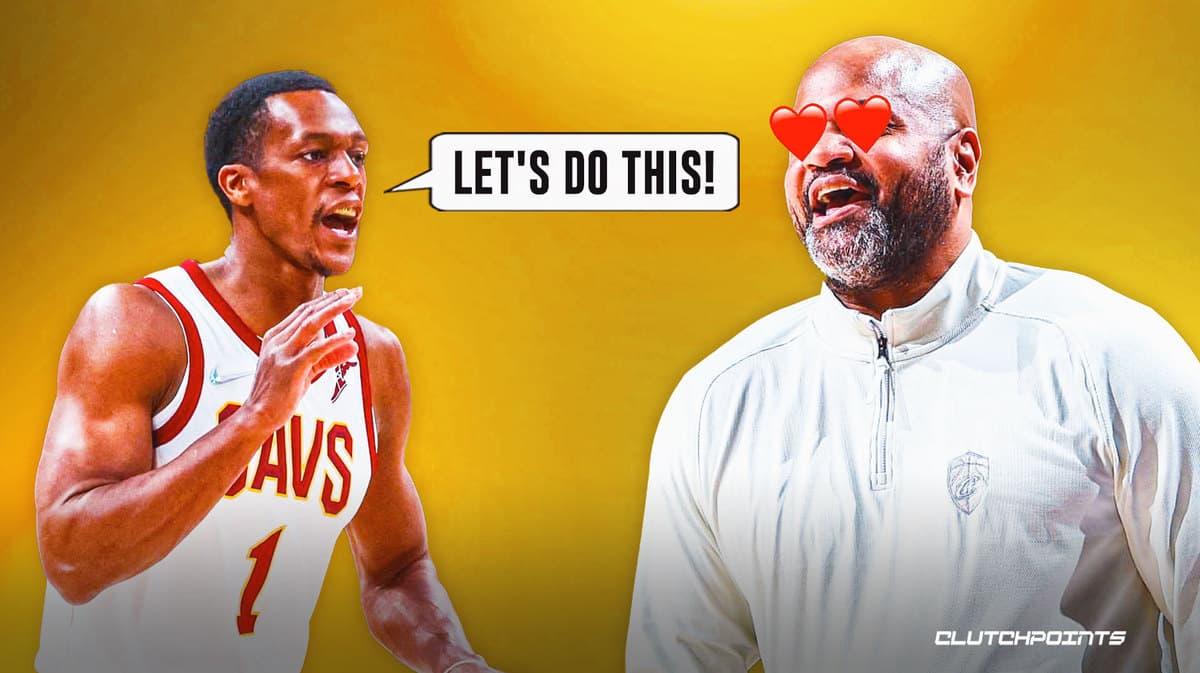 The Cleveland Cavaliers’ second half of the season has not gone as planned. Their once promising start to the season has fallen by the wayside over the last month or two. Injuries to both the front court and back court have hurt their ability to continue winning. That prompted the Cavs acquiring veteran point guard Rajon Rondo via trade. Rondo then himself has been in and out of the lineup for the Cavs with injuries himself. However, Cavs’ coach J.B. Bickerstaff provided a promising update.

Evan Dammarell referenced Bickerstaff saying that Rondo is expected to play this evening. The Cavs are set to host the Philadelphia 76ers in a massive contest with a ton of playoff implications.

Cleveland is currently 43-35 and have dropped all the way to the #7 seed in the Eastern Conference playoffs. That means if the playoffs started today, they would have to play the Brooklyn Nets in the play-in tournament. That’s arguably the last team anyone is going to want to face in a win-or-go-home scenario.

The Cavs are two games behind the Chicago Bulls for the #6 seed. That would get them out of the play-in tournament.

Meanwhile, the 76ers are currently the #4 seed in the east. However, they are only one game behind the Boston Celtics for the top spot in the Atlantic Division. They are tied in the loss column, which is notable. They have simply played two less games than Boston, both which the Celtics won.

With so much on the line Sunday, you can expect Bickerstaff to throw anything and everything at Philadelphia to try and get the win. Rondo’s return could be just what the team needed.