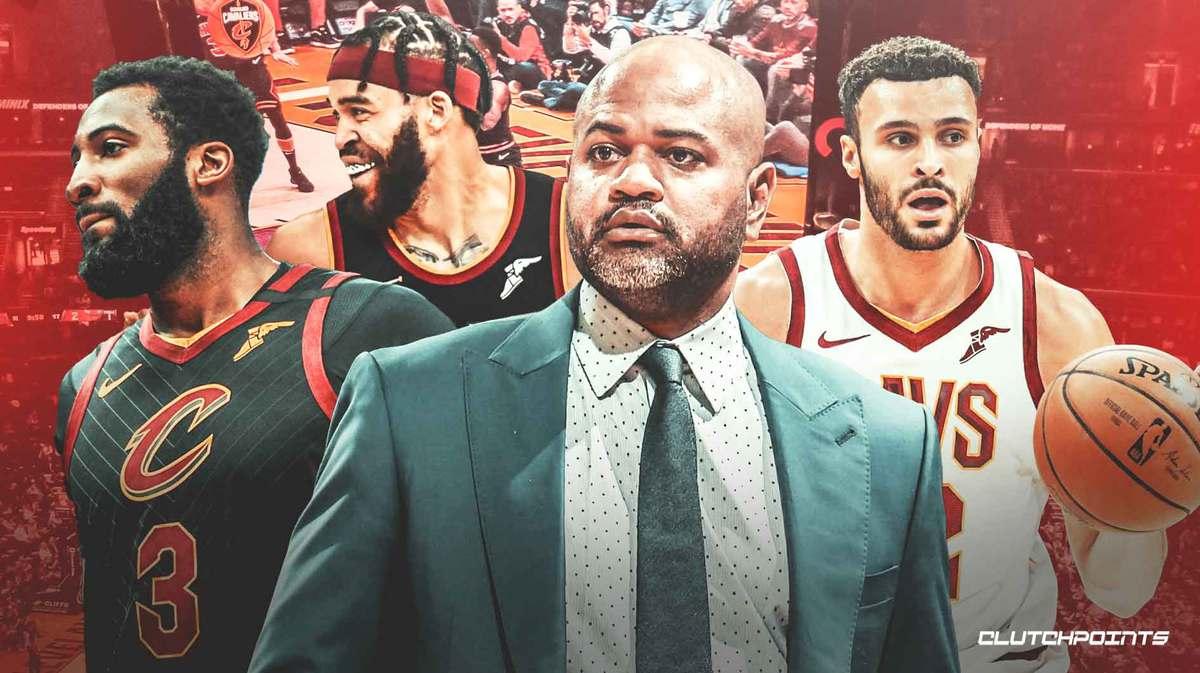 Things are looking up in Cleveland (aka SexLand).

With the exciting emergence of the young backcourt of Collin Sexton and Darius Garland and the leadership of first-year head coach J.B. Bickerstaff, the Cavs suddenly look like one of the more promising teams in the league.

But, outside of LeBron James — who happened to be born in Northeast Ohio — Cleveland has never presented a particularly appealing destination for free agents.

However, the Cavs boss sees a path to changing that trend. In his mind, it all begins with building a healthy workplace environment, regardless of the conditions outside the building.

“It creates an environment where people want to come, and people want to be, and they want to stay,” Bickerstaff said about the importance of building culture on Boardroom’s “Game Plan” show. “So, whether it’s the middle of February and it’s snowing and it’s 25 degrees outside, people come to the building and there’s a light in the building and an energy that we’re trying to fuel. Whether it’s a free agent that wants to come to that type of environment, whether it’s a guy you traded for, he’s got one year left in his deal, he wants to stay. Those are things that we’re trying to do.”

As Bickerstaff noted, establishing a winning culture stretches beyond the hoopers on the Cavs roster.

“It’s not just player-specific. But, actually treating everyone as human beings in their value, I think that’s how people want to be treated, and they’re more likely to give you more. If it’s the equipment guy or the janitor or your best player or the 15th man, if they feel like they are more than just a piece that you’re moving around in order to get better, they’re going to buy in and commit more to what you’re selling and what you’re trying to accomplish as a group. And then, if you have a collective of people who are doing that, success is bound to come. And that’s what we’re trying to implement here, and that’s something I learned from my father a long, long time ago.”

J.B.’s dad, Bernie, was a long-time NBA head coach who now serves as Senior Basketball Advisor with the Cavs.

You can hear Bickerstaff’s remarks here:

. @jbbickerstaff_ talks about creating a culture in the Cavs organization that's attractive to free agents and makes new players want to stay (via @boardroom) pic.twitter.com/6IzVhprCAf

Through 22 games, the Cavaliers have exceeded expectations in 2020-21, despite injuries limiting Kevin Love to two games. Entering Thursday, the Cavs occupy the seventh seed in the Eastern Conference standings, and — perhaps even more surprisingly — have become one of the most League Pass-friendly teams in basketball.

Sexton, in his third season, is averaging a career-best 24.3 points per game and has a real chance of earning his first All-Star Game nod. The 21-year old Garland is putting up 16.1 points and 5.3 assists per game in his sophomore campaign.

Andre Drummond is leading the NBA in rebounding (14.6 RPG), though he’s a candidate for a late-season buyout now that the team acquired 22-year old center, Jarrett Allen, from the Brooklyn Nets last month.

Just a few years ago, the future looked bleak in Cleveland. Today, it looks bright.