RUMOR: Rockets would trade for J.R. Smith if Cleveland took back Carmelo Anthony in trade 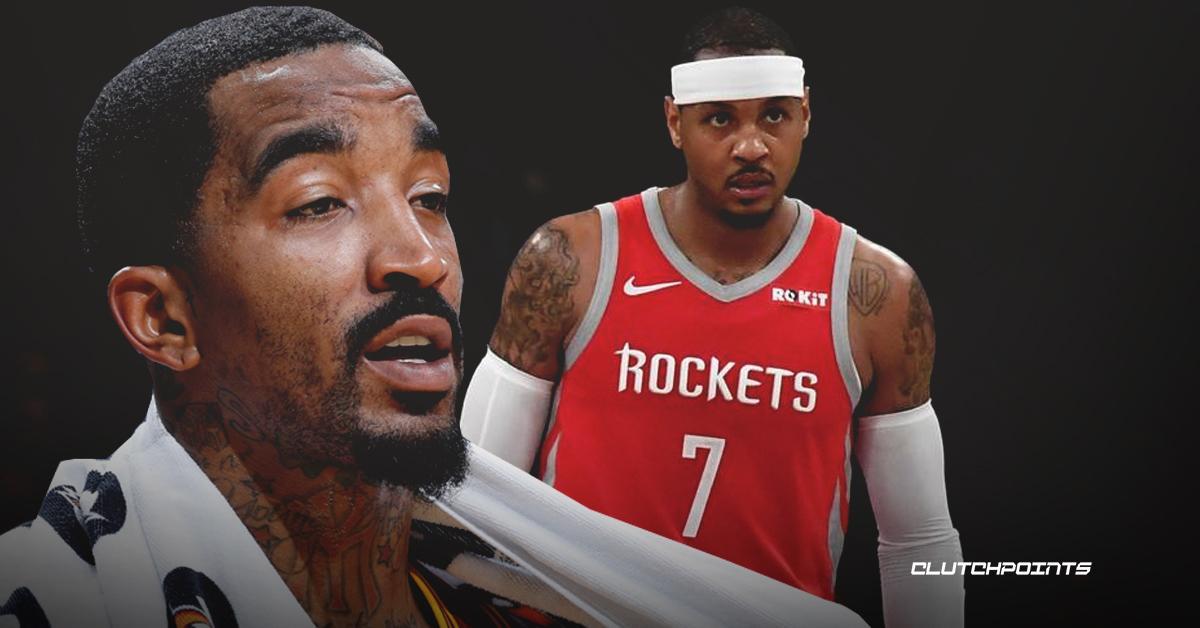 The Cleveland Cavaliers are still looking for a team to roll the dice on J.R. Smith and Sam Amico of Amico Hoops believes that Carmelo Anthony is the key to unloading Smith’s contract.

“I’m fine if you don’t want Carmelo under any circumstance. But I’m telling you, the Rockets are the only team that’s slightly interested in Smith. They would do the trade if you took back Carmelo as part of the package. At the very least, they would think long and hard about it. Knowing that, I think it’s a call the Cavs have to make. They MUST find a way to trade J.R. He isn’t taking a buyout. Forget it. Not happening.”

Anthony and Smith are both exiled from their current teams and the trade market has been relatively quiet for the former teammates. Perhaps a deal involving both players would be the perfect end for their tenures with their respective teams.

Anthony isn’t exactly a natural fit for Cleveland, but if it means the exiled Smith is out of town, it feels like the right move to make.

The Cavaliers aren’t going anywhere this year or next year, but they would still like to get Smith’s hefty contract off the ledger.

It’s unfortunate that Smith’s lasting memory in Cleveland could be his Game 1 gaffe in the 2018 NBA Finals.

Smith was unaware of the score and passed up a game-winning shot that could have helped the Cavaliers steal the first game of the series. 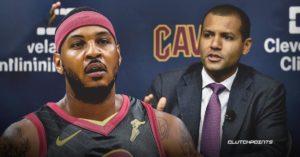 JUST IN: NBA GMs give their take on whether Cavs should trade for Rockets’ Carmelo Anthony
Related TopicsCarmelo AnthonyCavaliersJ.R. SmithRockets