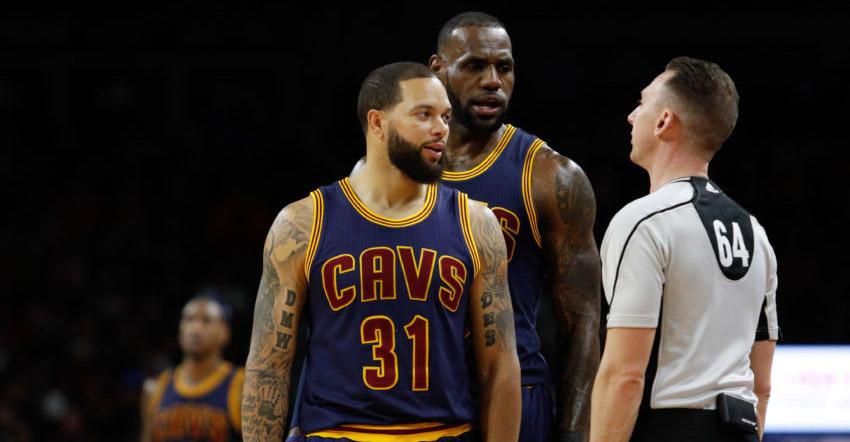 Richard Jefferson and Channing Frye have had some of the most candidly-open podcasts this past season and even through the offseason, Road Trippin’hasn’t changed one bit.

The animated player-led pod featured ESPN’s Dave McMenamin in its most recent episode, who made sure to tickle certain observations from his experience covering the Cleveland Cavaliers last season — namely Deron Williams.

McTen asked if the mid-season subtly inquired about the point guard’s state of mind during his short stay with the Eastern Conference powerhouse after an injury-filled stint with the Dallas Mavericks.

Dave McMenamin: “-What about when you talk to him about coming off the bench for the Cavaliers?”

Chris Geeter: “What about when the Warriors saw him coming off the bench?”

Jefferson: “Their eyes lit up”

Williams went from being an All-Star point guard with the Utah Jazz to slowly degenerating as he went on to ventures in Brooklyn and later Dallas, ultimately being claimed off of waivers by the playmaker-starved Cavs.

The signing of Derrick Rose certainly doesn’t do much for his longevity in The Land, making him basically a third-string point guard with the upside of a backup if starter Kyrie Irving is moved at some point during the season.