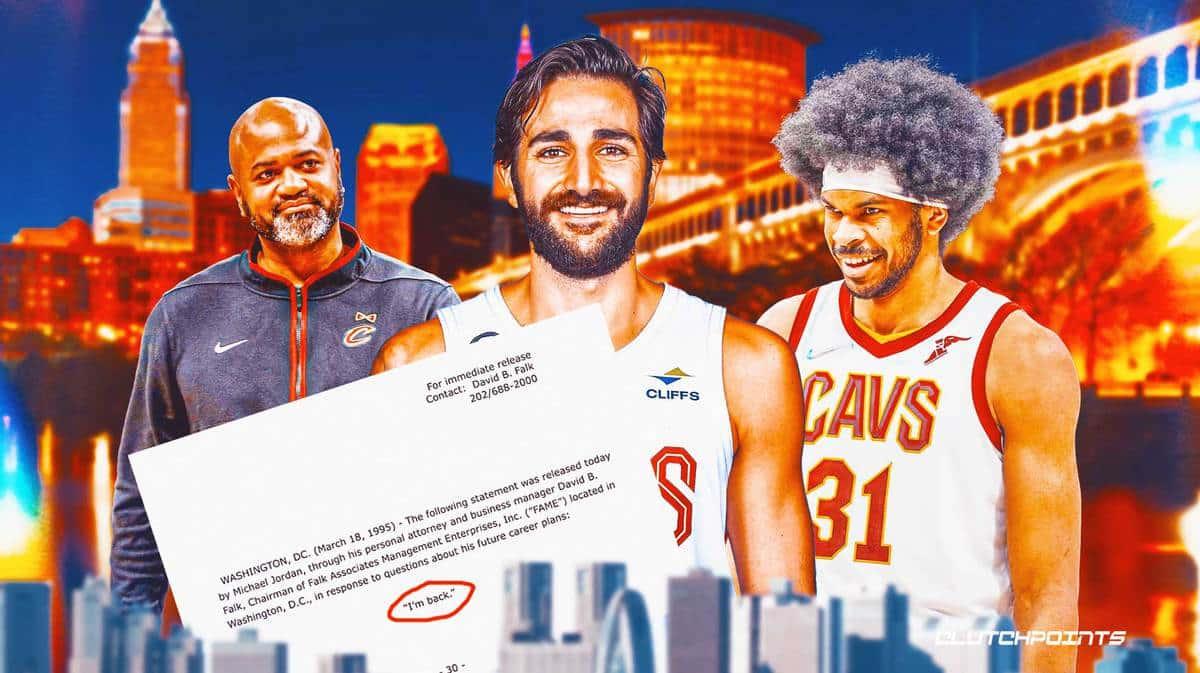 The return of Cleveland Cavaliers guard Ricky Rubio from injury in a 119-113 win over the Portland Trail Blazers drew reactions from Cavaliers teammates and staff members alike, all with nothing but praise for the 32-year-old guard.

“I thought it was awesome,” Bickerstaff said in a postgame press conference. “You watch all the time the work that he puts in and that he’s put in to bring himself back. Then he helps us make a run. He gets two big threes to settle us in.

“That’s who he is. His teammates loved it.”

Ricky Rubio, who Cleveland.com Cavs reporter Chris Fedor said would be able to play 8-12 minutes, earned just around 10 minutes of playing time in the Moda Center as he slowly ramps up his role in the Cavs rotation.

The 12-year veteran scored nine points, grabbed three rebounds and dished one assist, pushing the Cavaliers back fighting distance after Cleveland fell to a 7-point deficit by the end of the first half. The 6-foot-2-inch guard hit two 3-point shots in the third quarter, quietly moving out to both corners for wide-open long-range shots as Portland’s defense failed to rotate and cover him on the perimeter in time.

Rubio continued to give the Cavs hope for a comeback when he dished a bounce pass to center Jarrett Allen past coverage from two Trail Blazers defenders, putting Allen in the perfect position for a lightly-contested layup over Blazers forward Jerami Grant to bring the cut Portland’s lead down to five.

To Allen, Ricky Rubio’s return from injury meant more than having an important teammate back.

“I think that gave us an extra boost,” Allen said. “Ricky, off the court, is an amazing guy. He keeps us going, gives us tips every now and then. He just tries to break the game down.

“To see him out here shooting threes and making passes, it’s a joy for us all.”