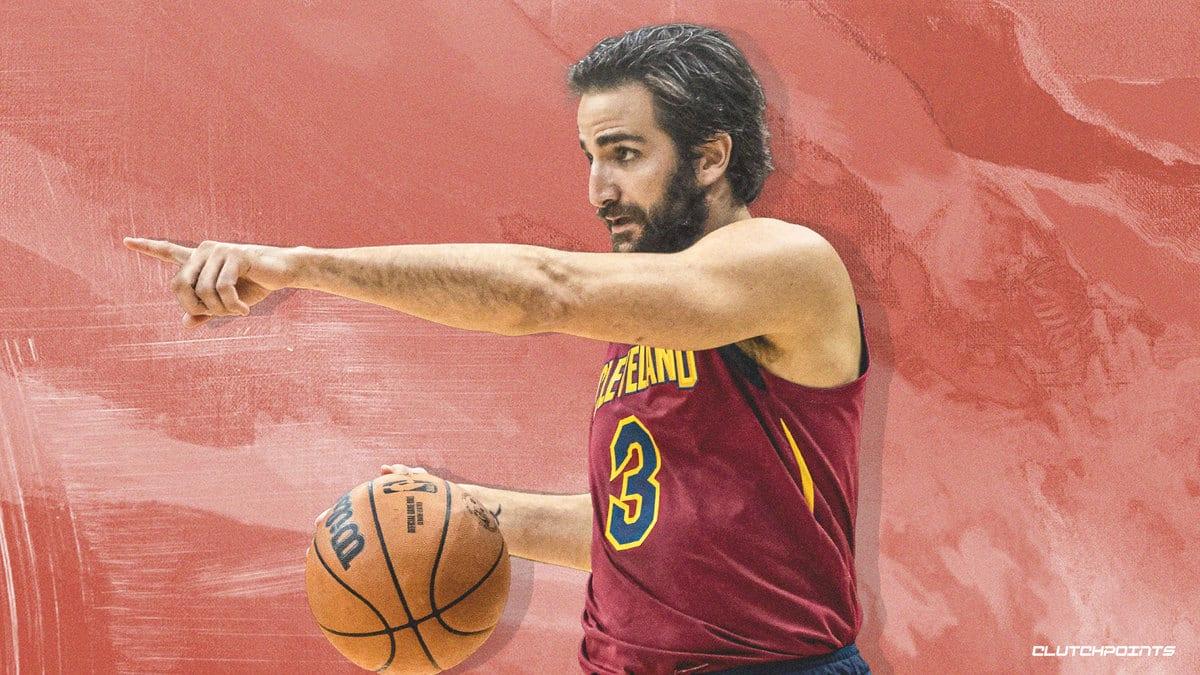 Cleveland Cavaliers guard Ricky Rubio has played a key role in the Cavs getting off to a surprising start in the 2021-22 season. Rubio is also a difference maker off the court, which is why he just received the 2021 Offseason NBA Cares Community Assist Award.

Rubio is getting this award “for his continued efforts to improve the lives of children and families impacted by cancer.”

Congratulations to @rickyrubio9 on receiving the 2021 Offseason @NBACares Community Assist Award for his continued efforts to improve the lives of children and families impacted by cancer. ❤️💛 pic.twitter.com/Fw544NFTz3

Here are some specific details on how the Cavs guard is helping people through his Ricky Rubio Foundation:

In April, he launched “I Am Ready,” a virtual program to ease these experiences for pediatric cancer patients undergoing radiation treatments.  The program, which will be delivered to 1,000 youth patients in the United States during the 2021-22 NBA season, features Rubio guiding the children on what to expect as well as through a workout to reduce their fear and anxiety for treatment.  In September, in partnership with Funidació “laCaixa”, Rubio announced the construction of a new therapeutic rehabilitation area at Vall d’Hebron Hospital in Barcelona to increase the number of children and adolescents the hospital can serve by nearly 40 percent.   During the same month, the Ricky Rubio Foundation also funded a week-long stay for a family navigating cancer at Dreams Village, which aims to have a positive impact on patient recovery.

Throughout the offseason, Rubio provided additional support for local organizations and the next generation of players. In May, he continued his #OneMonthOneCause campaign, a program that showcases and provides contributions to local non-profits, by selecting Minneapolis-based A Breath Of Hope. In Spain, Rubio also launched the Community Team of Masnou, which uses basketball to teach life lessons to young people, and hosted the eighth year of Camp Ricky Rubio in El Collel. Through programs and resources, Rubio’s contributions totaled more than $200,000.

Rubio has always been an assist machine, so it’s fitting that he’s getting this award for the assists he’s dishing out in the community. It’s awesome to see the Cavs veteran recognized for these great deeds.

The Cavs plan to honor Rubio during Thursday night’s game against the Golden State Warriors. The Ricky Rubio Foundation will also get a donation of $10,000.

Rubio and the Cavs are 9-7 on the season despite a brutal schedule and a number of health issues. The Spanish guard has been terrific, averaging 15.3 points, 6.4 assists and 3.9 rebounds. He’s currently starting in place of the injured Collin Sexton.

Congrats to Ricky Rubio, and keep up the great work.